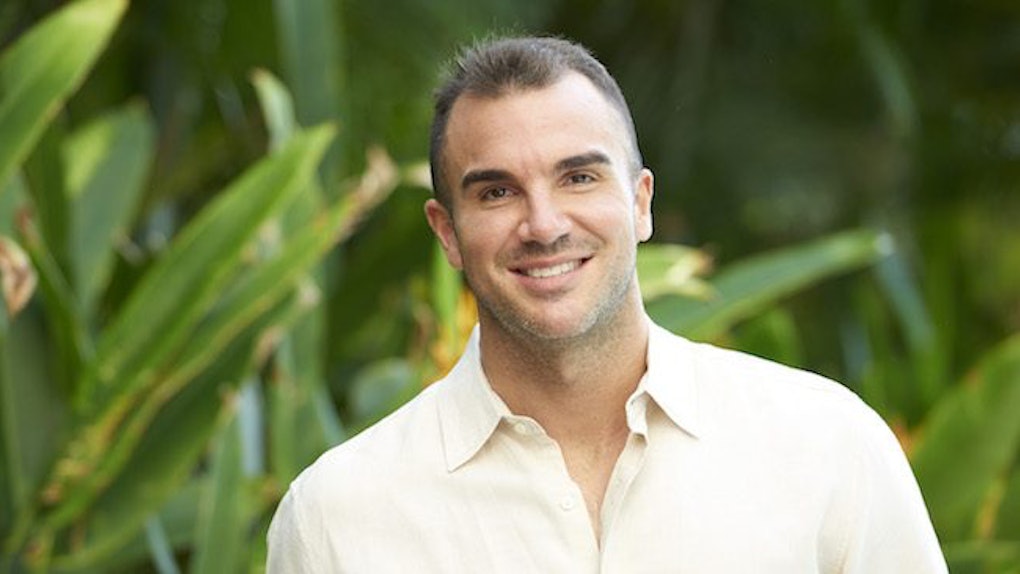 Matt Returns To 'Bachelor In Paradise' & Jasmine's Reaction Was Everything

Week 4 of Bachelor in Paradise was all about the Jasmine and Matt drama. On Monday night's episode, the drama was finally too much for poor Matt, and he decided to leave the show. But Matt returned to Bachelor in Paradise in the very next episode in a surprise rose ceremony appearance to try to make amends with Jasmine.

Jasmine, to put it lightly, was freaking the f*ck out over this rose ceremony. She was convinced that now that Matt was gone — abandoned her, in her mind — she wouldn't be getting a rose. But then who should walk out at the beginning of the ceremony? Matt, of course. He wasn't there to be a contestant, but he did give Jasmine a rose, and told her that he thought she deserved a fighting chance to find love on the show. (I guess that's allowed? Does Bachelor in Paradise have like, any rules?)

Unfortunately, Jasmine did not appreciate this little show of chivalry. She did not appreciate it one bit. As soon as Matt entered the room, her face fell, and when Matt asked if she would please accept this rose, she responded with an enthusiastic, "Sure." Clearly, she wasn't grateful to get his pity rose.

Last episode, Jasmine and Christen had a major fight over Matt. Jasmine and Matt had sort of been a thing, but then Christen asked Matt on a date, and he said, "Yes." So Jasmine went into a tailspin, stormed over to Christen's room, giving us the quote ABC has been milking all season: "You want good TV ABC, I'mma show you good TV!"

The actual confrontation turned out to be pretty "meh" TV. Jasmine called Christen "sneaky and slimy," and then hardcore made out with Matt in front of Christen to stake her claim. Matt decided it was all too much drama for him, and went home. Now Jasmine is left without a man. Whoops.

Still, thanks to Matt's brief return, Jasmine is still on the show. The villain survives another day. Huh, it's almost like someone paid Matt to give her that rose to keep this show marginally interesting!