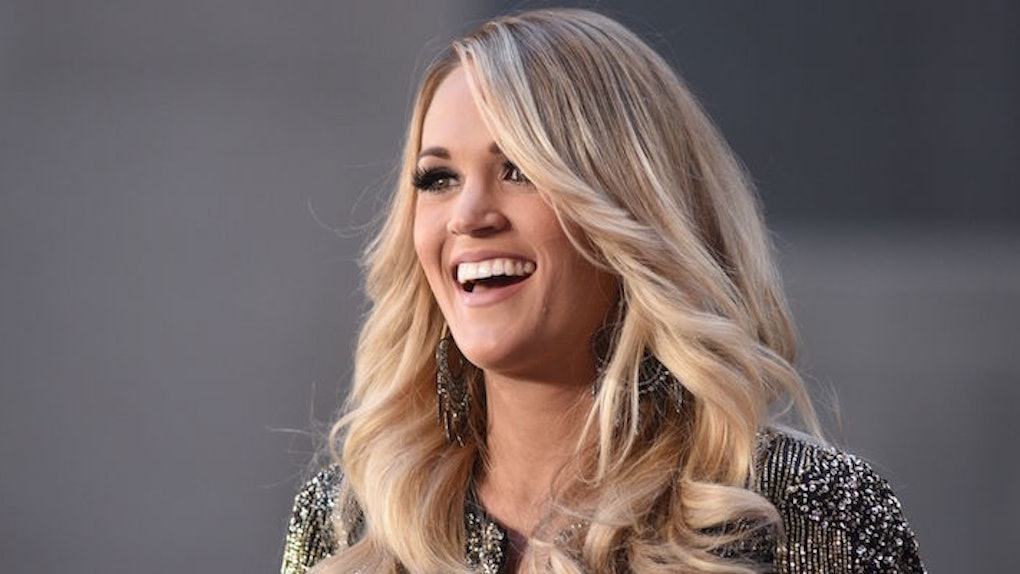 Let me let you in on a little trade secret of the media, folks: Writers get bored.

I know it's hard to believe, but it's true!

Some days, there are no celebrity divorces, or nude Snapchats or fitness tips.

Some days, no new Disney trailers drop, no new "Harry Potter" spinoff is announced and no one says something racially insensitive on Instagram.

Today is one of those days.

Yep, it's been reported by Daily Mail.com, The Sun, Mirror.co, Indy100 and now by yours truly: Carrie Underwood's knee looks like a creepy baby in this one photo.

I know I'm ruining it by doing this, but I have to provide just a teensy bit of context.

She was standing on the stage, singing her Carrie Underwood songs, like she does, and sometimes, when people stand, their knees get a little bit wrinkly.

And unfortunately for the 33-year-old country singer, her knee skin wrinkled into kind of an unusual wrinkle.

Now, I will concede Carrie Underwood's knee wrinkle in this photo does kind of look like an ugly crying baby.

But Prince George of Cambridge? The 3-year-old son of Prince William and heir to the royal throne? Where did this come from?

Let's take another look at the side-by-side.

Nope, sorry friends, I just don't see it. That knee could be any old baby.

I could, however, get on board with the theory Kuato from "Total Recall" is trapped inside Carrie Underwood's knee.

(I don't know about you guys, but I'm ready for another reboot as long as this is the plot.)

And that's your entertainment news for the day, folks!