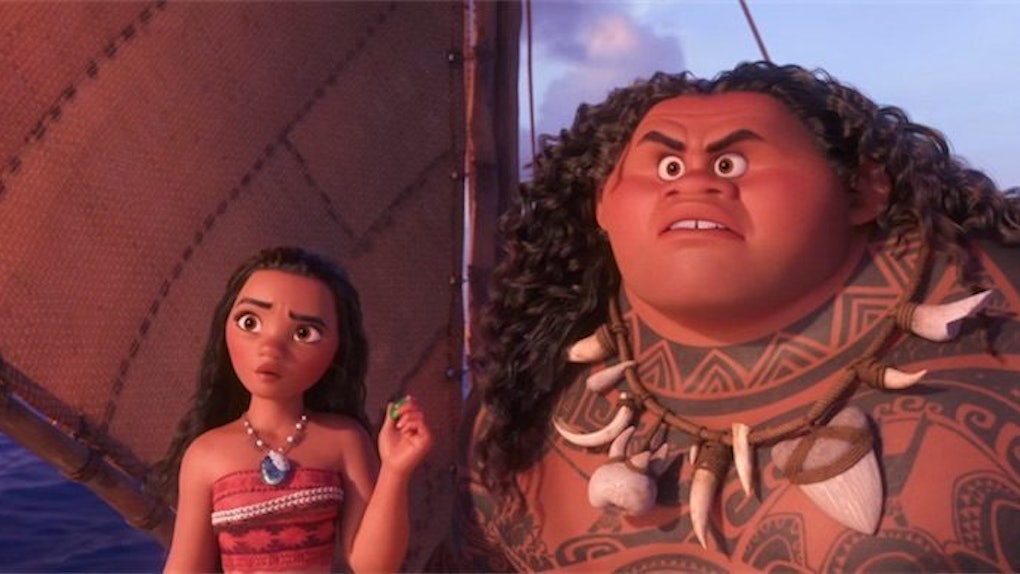 I don't want to be overdramatic, but the new Disney princess film "Moana" looks like the MOST PERFECT MOVIE EVER.

On Thursday, The Rock himself debuted the trailer on "Good Morning America" after sharing the poster on his Twitter on Tuesday.

Moana, a young Polynesian princess, teams up with Maui (The Rock), a shapeshifter, demigod of the wind and sea and hero of men.

We were introduced to Maui and all of his charismatic glory in an earlier teaser trailer.

The pair must go on a mission together, presumably to save someone or something.

Here are just some of things that have me so hype for this movie:

"Moana" hits theaters this Thanksgiving — CAN IT JUST BE THANKSGIVING ALREADY?

Citations: Dwayne Johnson Takes a Journey Into the 'Realm of Monsters' in New Moana Trailer (PEOPLE)