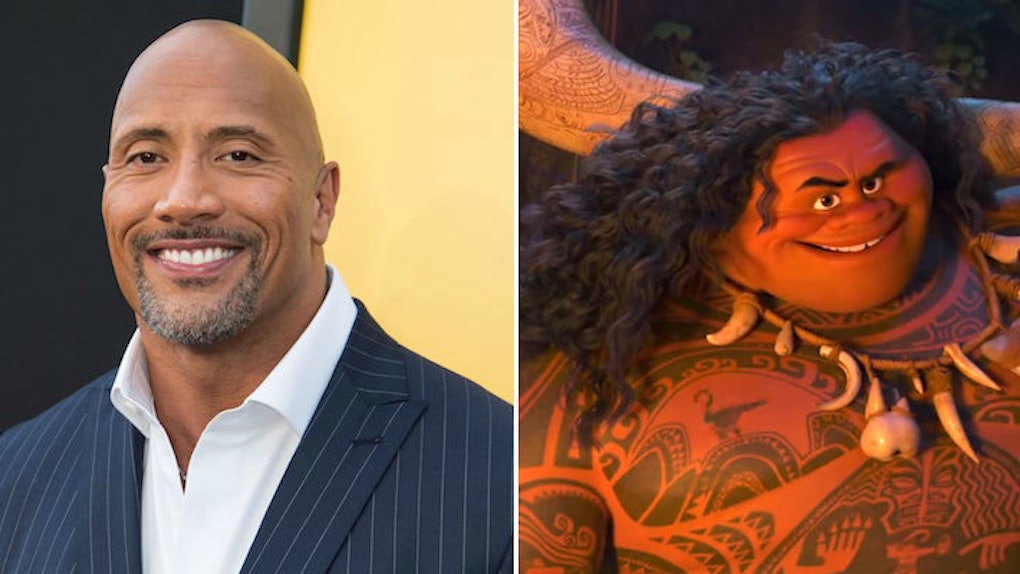 Is there anything more perfect than Dwayne "The Rock" Johnson in a Disney princess movie?

Let me answer that for you: No, no there is not.

We finally got our first look at the latest Disney princess film "Moana" when the teaser trailer aired on CBS during the Tony Awards on Sunday night.

There's a good amount of The Rock in this trailer as the voice of Maui, the formerly mighty demi-god, trying to impress the young Moana.

But don't let The Rock's incredible charisma distract you from the awesome princess herself. Moana is the first Pacific Islander Disney princess, played by Auli'i Cravalho. (Though I love Lilo from "Lilo & Stitch" dearly, she was never  technically a princess.)

According to the the official synopsis, the story will follow Moana and Maui on a quest to find a fabled island.

Oh and by the way, theater nerds — "Hamilton's" Lin-Manuel Miranda wrote all the songs and music for the film, along with Opetaia Foa'i and Mark Mancina. You can totally hear his voice in the song on the trailer.

So, basically, The Rock, a badass woman of color and Lin-Manuel Miranda? Um, yes please, I want this in my life immediately.

The film is set to be released on November 23, 2016. Thanksgiving can't come soon enough.