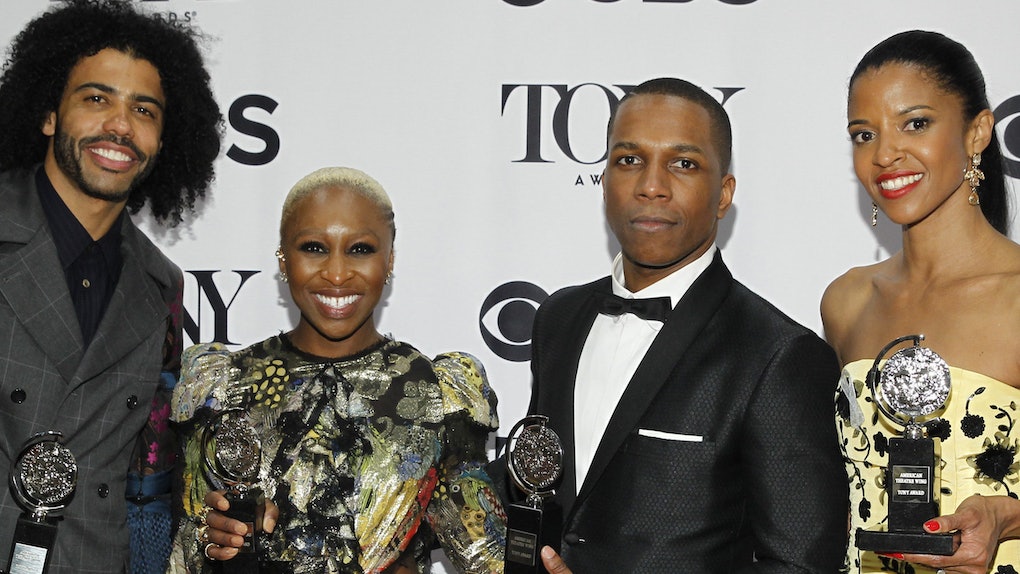 In case you missed it, the Tony Awards were tonight. And they didn't shy away from celebrating life, love and theater. After many emotional tributes to the victims of the shooting in Orlando, the show went on to make history.

Leslie Odom Jr. of "Hamilton" and Cynthia Erivo of "The Color Purple" took home the Tonys for Best Actor/Actress in a Musical for their portrayals of Vice President Aaron Burr and Celie Johnson. This was Odom's first leading role in a musical and Erivo's Broadway debut. Erivo is originally from London.

Daveed Diggs and Renée Elise Goldsberry, both of "Hamilton," took home the Tonys for Best Featured Actor/Actress in a Musical. Goldsberry is a seasoned Broadway vet and plays the powerful Angelica Schuyler. Diggs made his Broadway debut as Marquis de Lafayette and President Thomas Jefferson (yes, he played both in one show).

The Tony Awards confirmed this is the first time in the show's history that this has happened.

"Hamilton" also won a total of 11 awards out of its record-breaking 16 nominations, so it's safe to say Lin-Manuel Miranda is having a great night.

The Oscars (and the rest of show business) should take notes from Broadway. The musical theater business has made it abundantly clear that diversity and inclusivity isn't hard to accomplish. You just have to choose to do it.