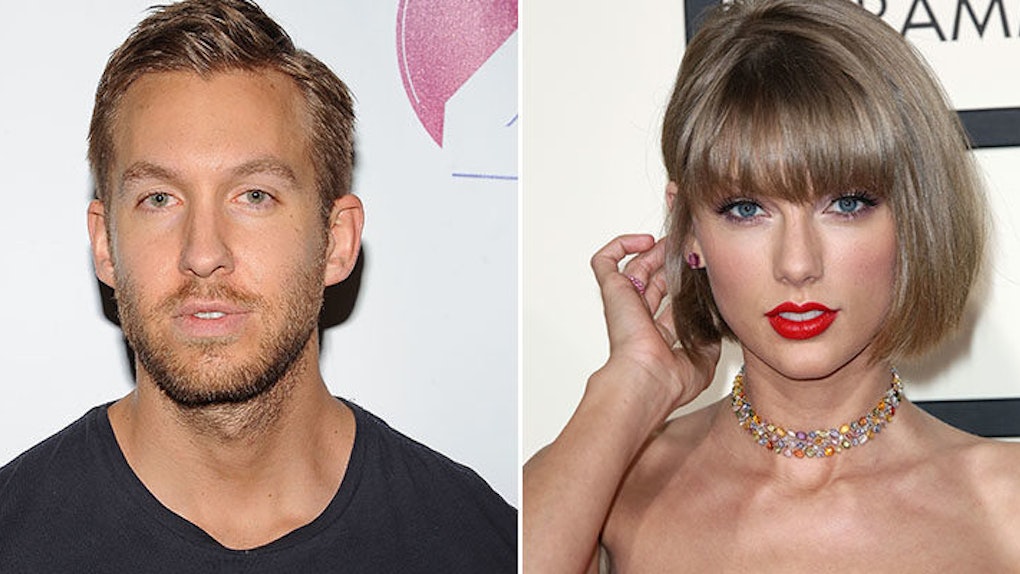 Calvin Harris May Be Trying To End His Taylor Swift Drama

It's been quite a wild ride for Taylor Swift and Calvin Harris' once-perfect relationship.

Ever since they broke up back in June, Taylor has been making it a point to show that she's completely moved on.

She even went so far as to jump into a quick three-month relationship with British actor Tom Hiddleston. They broke up earlier this month.

Calvin, on the other hand, has had his fair share of sightings with other women, including a mystery brunette in Cabo San Lucas.

Most recently, he's even had a few sightings with a rumored fling named Eiza González, a Mexican actress and singer.

Despite all of this, it was clear that Harris has never been completely over Taylor -- until now.

First, he spoke out on Instagram regarding Swift's controlling ways.

He also sat down for an interview with GQ, in which he stated,

Then, he went on a Twitter rant about how T-Swift worked on Rihanna's "This Is What You Came For" with him.

He even ended his Twitter rant by addressing Taylor Swift's relationship with Tom Hiddleston.

Perhaps the final blow Harris took at Swift following their breakup was when he decided not to mention her after winning Best Male Video for "This Is What You Came For" at the VMAs this year.

You can't make this stuff up.

If you expected Harris to react to this negatively, you're wrong. He "liked" the video on Instagram. I think this qualifies as him calling a truce.

Well, we'll go ahead and speculate that MAYBE he's finally putting the feud to rest. But we'll just have to wait until he releases "My Way" September 16.

If he's going to get the last word, it'll likely be on the single on his upcoming album.