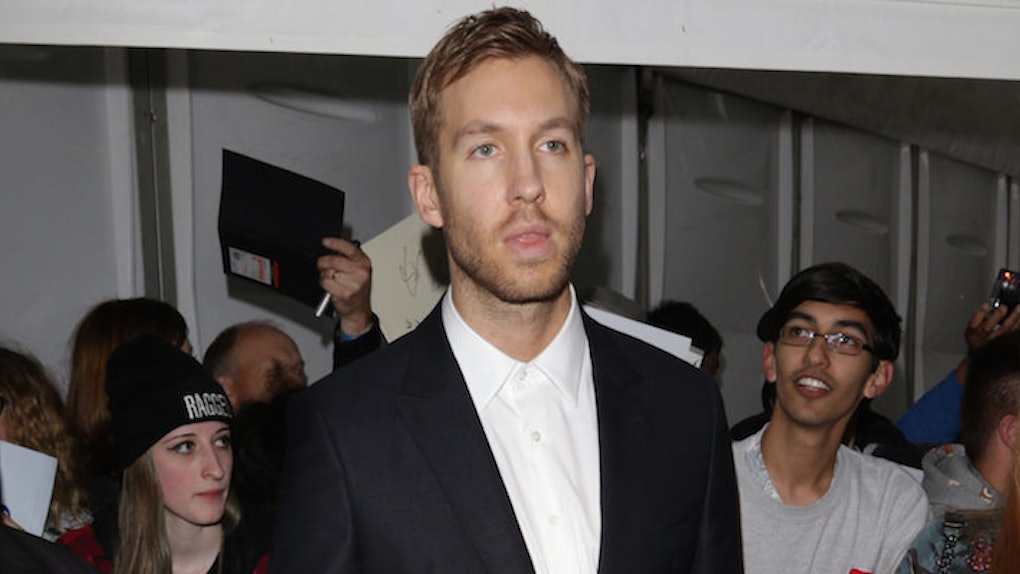 Since Taylor Swift and Calvin Harris broke up, the once inseparable duo has been doing just fine pretending to get over each other. While Swift has been cozying up to English actor Tom Hiddleston, Harris had no trouble finding his own emotional outlet.

Just a couple of days ago, the 32-year-old Scottish DJ was seen partying it up with a group of really hot women aboard a luxury yacht.

This time, Harris was spotted at nightclub El Squid Roe in Cabo San Lucas locking eyes with a mystery woman.

The best part? Calvin Harris' own hit single, "We Found Love" featuring Rihanna, blasted throughout the club during the entire flirt session between Harris and the mystery brunette, according to Daily Mail.

Rumors are swirling that the mystery woman isn't actually a complete stranger to Harris. The DJ snapped an update giving fans a sneak peek of his upcoming music video.

One of the models in the video looks strikingly similar to the woman getting super-close to Harris at the club.

You be the judge:

Maybe he really did find love in a hopeless place (nightclubs fit the bill). Then again, maybe not... But if one thing's for sure, it's that Swift and Harris are both agreeing to move on - and quickly, too.

Regardless of how serious Harris is taking things with the women in his life, he probably won't settle down with another celebrity again. According to TMZ, Harris is "done dating celebrities" and described them as "narcissists."

Hey, maybe this random brunette he found in Mexico actually stands a chance.

Citations: Taylor who? Calvin Harris is captivated by a pretty brunette as he parties with a group of female admirers in Cabo nightclub (Daily Mail)