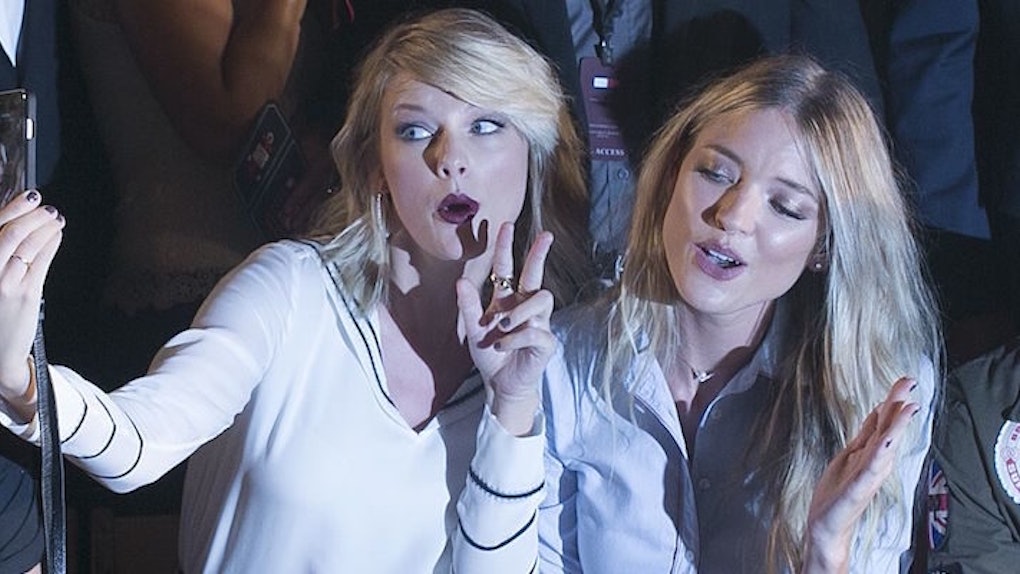 Now that everyone knows Taylor Swift was the mastermind behind Calvin Harris and Rihanna's latest hit song, "This Is What You Came For," she's not going to let anyone forget she's a musical genius.

Apparently, she'll take any chance she gets.

And the 21-year-old model even strutted her stuff to Taylor's ex's song.

So besides recording Gigi's walk, Taylor made sure to whip the camera around to video of her and Martha singing "This Is What You Came For."

She posted the video on Friday night and said,

SO PROUD OF YOU GIGI!!!! That show was INSANE. Congrats to Gi, Tommy, and all the girls who just owned that runway!!

Of course, supporting her BFF was her first priority, but she couldn't help but remind us all that she still deserves credit for her ex's song.

This move could be a giant "fuck you" to Calvin, even though the two broke up months ago.

Since then, Taylor already had a fast and fierce rebound relationship with actor Tom Hiddleston that lasted a mere three months.

Could this be a sign there's still some bad blood between Swift and Calvin?

It seems like Taylor wasn't cool with being in the dark about collaborating on the song the entire time. Months after it was released, it was confirmed she also did some vocals on the song.

But she doesn't seem to be dwelling on her breakups too much. The 26-year-old pop star had more fun than anyone else at Gigi's show.

Of course, no one had any chill when Gigi took to the catwalk.

At the end of the day, Taylor was obviously there for her BFF, not just to throw shade at one of her exes.

I mean, look at them. The love is REAL.

Taylor, to be honest, I would have done the exact same thing if I wrote my ex-boyfriend's hit song and it played while my best friend was walking in a fashion show.

Citations: Taylor Swift Sings 'This Is What You Came For' — Sending Calvin Harris A Message? (Hollywood Life)