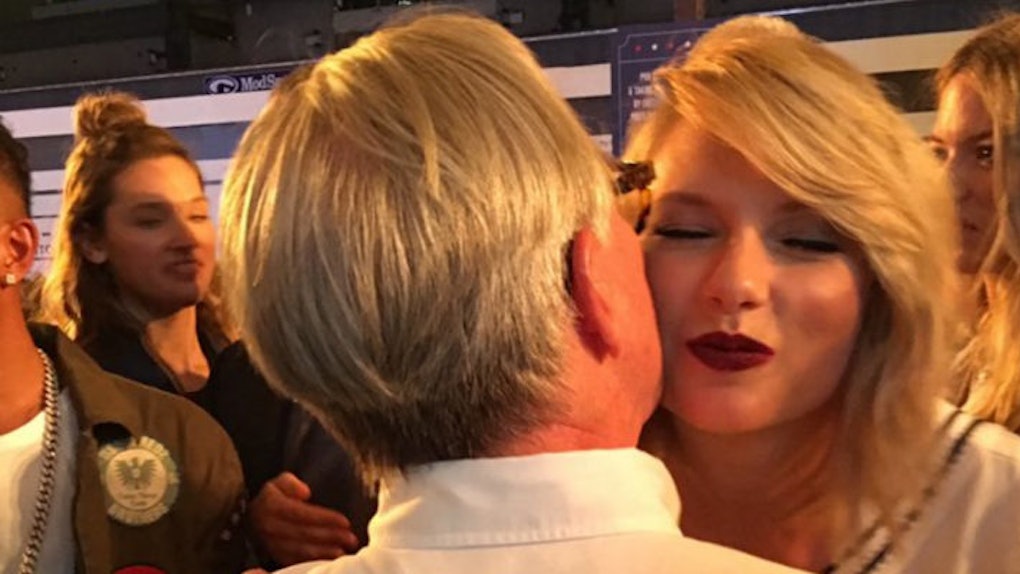 Taylor Swift had a great way to get over her breakup with Tom Hiddleston -- she went to New York City to support her close friend and supermodel Gigi Hadid at New York Fashion Week!

Besides having a girls' night with Lily Aldridge, Swift stayed out of the public eye after her rollercoaster romance with Hiddleston ended.

Now, it looks like the superstar is taking on the world again -- and she looks absolutely flawless.

Tommy Hilfiger and Gigi Hadid teamed up to manufacture G-III for his new 2017 collection, and on top of Swift making an appearance, they threw an entire carnival at Manhattan's Pier 16.

Swift was beaming with pride for her friend's success.

She also congratulated Tommy himself on his see-now-buy-now collection.

Basically, she's doing what everyone does after they go through a breakup:

Spending time with friends who just get you.

The show opened with Swift's former flame Calvin Harris' "This Is What You Came For."

But Swift wasn't even phased.

Swift was just there to watch Gigi slay...

Thanks for the lesson in how to win a breakup, T-Swift! Just get back out there and live your life.