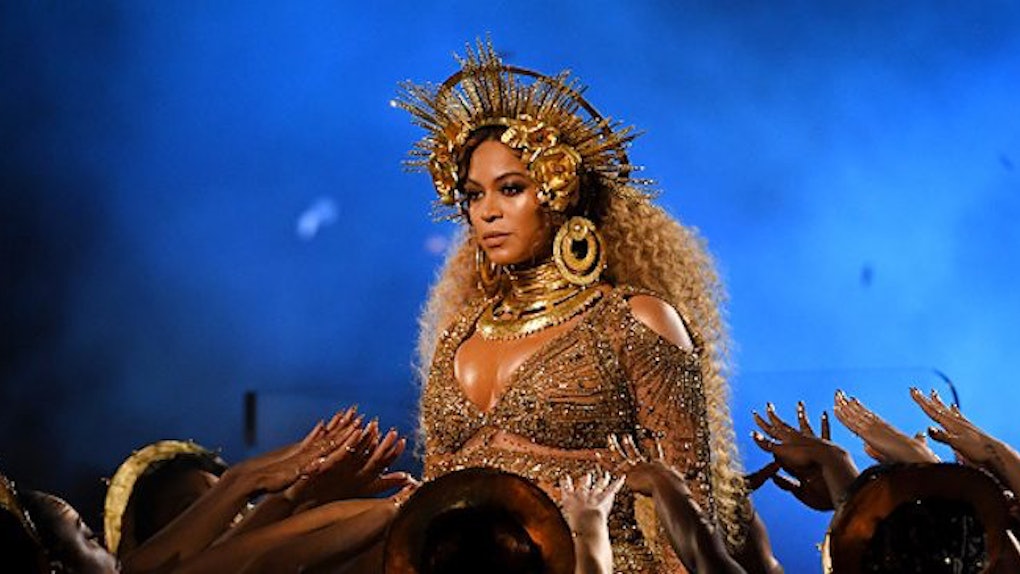 Beyoncé has finally broken her silence on the birth of her twins, Rumi and Sir Carter.

Early Friday morning, the queen posted the first official picture of her babies with the following message:

Guys, I'm sobbing. I could fill the Atlantic Ocean with my tears. Someone get me literally every single box of tissues Target has, I can't keep my sh*t together.

CAN YOU BELIEVE WE ARE ALIVE DURING THE TIME OF BEYONCÉ?

As magical as this photo is, there's one tiny detail you probably didn't notice... THE IMAGE MIRRORS BEYONCÉ'S ORIGINAL PREGNANCY ANNOUNCEMENT. That floral arrangement behind Beyoncé is almost identical to the one in her first pic, and she's wearing the same veil and underwear!

Earlier, on June 30, TMZ broke the news that Beyoncé and JAY-Z reportedly named their babies Rumi and Sir Carter. The original names reported were Shawn and Bea, so yeah, someone was trying to start some sh*t.

Bey confirmed the names on Instagram, so we finally know the twins' true identity.

The twins were reportedly born on June 12 in a hospital in LA and were kept there a little longer than planned. They were allegedly born prematurely, causing them to have jaundice.

But jaundice in premature newborns is very common and in most cases not dangerous, so it looks like the Carter twins made it home with their parents and big sister, Blue Ivy, just fine.

It looks like the BeyHive is here for Beyoncé's babies no matter what. Fans are non-stop posting memes and gifs and pictures on Twitter. WE ARE OBSESSED WITH YOU, BEY. WE LOVE YOU SO MUCH.

On top of all this, TMZ also reported Beyoncé and JAY's company reportedly filed for the rights to Rumi and Sir Carter.

YOU KNOW WHAT THAT MEANS! Rumi and Sir Carter teething rings, tote bags, strollers, water bottles galore. I literally don't even have a baby, but I'm going to buy them all.

Anyway, welcome to the world, Rumi and Sir Carter. I love your mother more than I love myself.