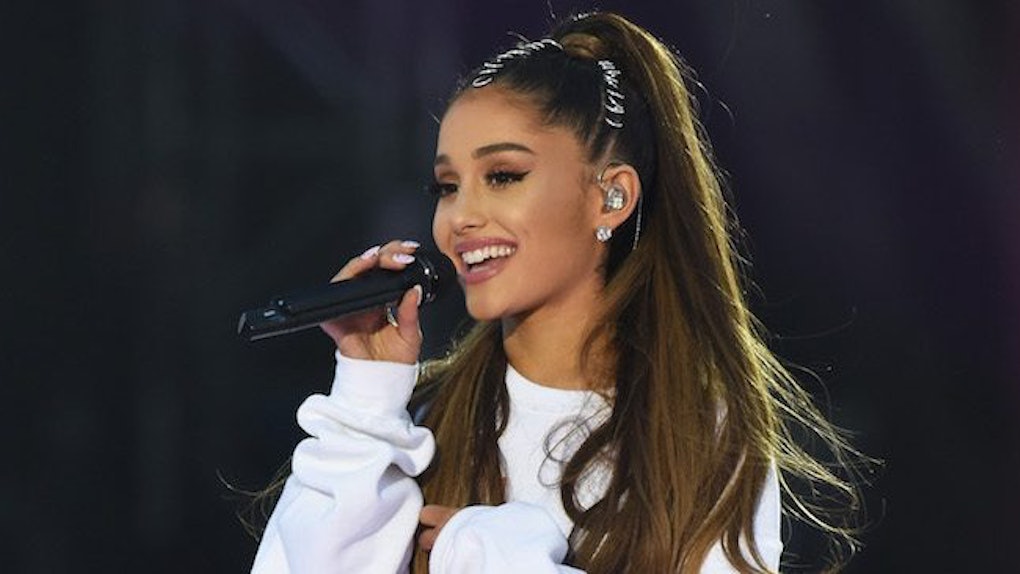 Is Ariana Grande At The VMAs? The Singer Is Touring

In the music world, Ariana Grande fans are as loyal as they come. Really, why shouldn't they be? Grande is amazing to her fans and generally seems like a pretty spectacular person. Grande enthusiasts have been losing their minds since she received two big nominations for the 2017 MTV Video Music Awards — Artist of the Year and Best Choreography. So, fans were all wondering: Would Ariana Grande be at the VMAs?

Last year @vmas Happy #VMAs Day everyonnneee! We so wish we could be there with y'all and are so so thankful for the nominations @mtv.

Artist of the Year is definitely the biggest category of the entire award show. Grande was nominated along with Bruno Mars, Lorde, The Weeknd, Ed Sheeran, and Kendrick Lamar for the coveted "Moon Person."

Fans really wanted Grande to take home Artist of the Year after the tough experiences she's gone through and how resilient she's been. They were tweeting their support all night.

In May 2017, a solo bomber set off an explosive device, killing 22 people and injuring more at Grande's concert in Manchester, United Kingdom. It shook the entire music industry, and Grande (understandably) decided to take a hiatus.

The singer paused her tour and organized a benefit concert, One Love Manchester, less than two weeks after the attack. She gathered friends and fellow musicians to honor and raise money for those affected by the tragedy.

Although Grande performed at the 2013 VMAs — she sang "Baby I" and "The Way" from Yours Truly during the pre-show — she did not perform this year. Performances will include Katy Perry, Kendrick Lamar, The Weeknd, Demi Lovato, Shawn Mendes, Migos, and more.

Even without Grande in attendance, the 2017 VMAs will definitely be one for the books.