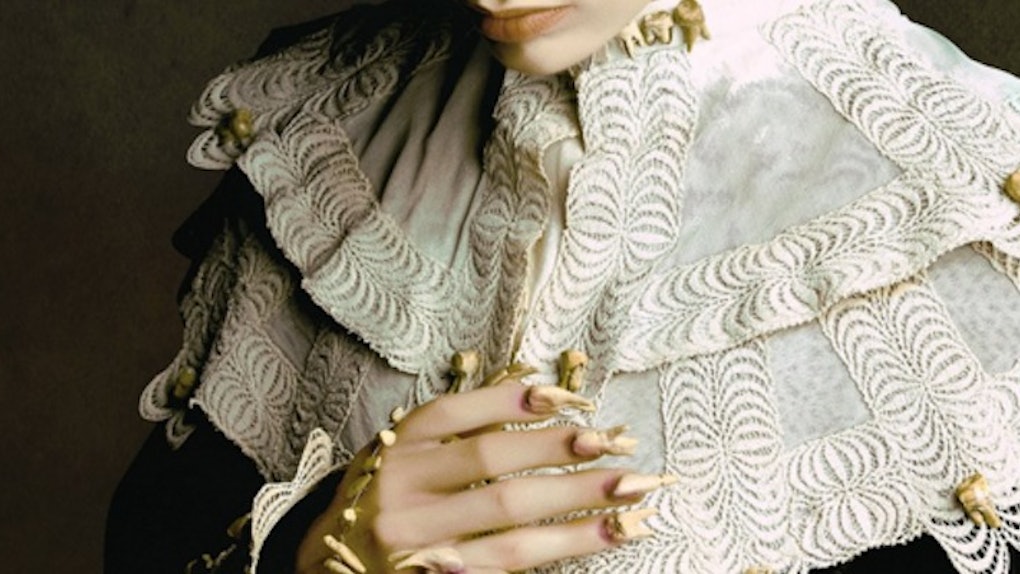 'American Horror Story' Is Almost Back: Here's What We Know So Far

Season six of "American Horror Story" premieres tomorrow, which means we will FINALLY know what the heck the theme is going to be.

Seriously, every time there's been a new promo, it's only made me more confused — but it turns out that was kind of the point.

Back in August, the show's creators confirmed there will be a theme for season six; they were just keeping it a secret to make everything extra suspenseful this year.

(Now might be a good time to tell you if you want to remain surprised this season, you should probably stop reading this article.)

But thanks to the perseverance of fans and a few slip-ups from industry folk, we do know a few things to help emotionally prepare for tomorrow.

Again, there are things in here we probably aren't supposed to know, so if there are any fans out there who are morally opposed to spoilers, please leave now, and let the rebellious rule-breakers enjoy ourselves in peace.

(Though it's also very possible I am wrong about everything and Ryan Murphy will totally surprise us all.)

The historic Roanoke Colony, AKA the Lost Colony, is probably going to be part of the story.

In August, set photos were leaked that revealed "AHS" filming on a settlement full of log cabins with "CROATOAN" carved into a tree.

Fans are preeeetty sure this is meant to represent Roanoke, the famous English settlement in North Carolina whose entire population went missing in 1590.

Now, this doesn't mean the whole season takes place in the 16th century — it could just be a flashback — but we're all definitely expecting some colonial horror in season six.

The season will be set in two different times.

In January, FX CEO John Landgraf said season six would be "set in two time periods" being "in the present, with echoes of the past."

This fits in pretty well with that whole Roanoke thing.

The theme is most likely "The Mist."

AHS titled revealed in TV Guide? This is in their schedule in the latest issue. from AmericanHorrorStory

Rotten Tomatoes has since changed their title, but TV Guide's mistake is in print — oops?

Most of the teasers are "fake," but one is a real image from the new season.

The creators revealed most of the teasers have nothing to do with the real season six, except for one, which is relevant. But which one?!

Here's what we have to choose from: the children of the corn, the Texas Chainsaw pitchfork, the disembodied hands, the swamp monster attacking a lady from the '50s, the spider lady and the rock monster from the mist.

No one knows for sure, but if this whole "The Mist" thing is true, then my money is on the swamp lady or the rock monster.

Lady Gaga is back, and her character is "grounded."

After FX released a teaser using her new single "Perfect Illusion," Lady Gaga confirmed she will once again be playing a character in the show, but said this time she will be "quite grounded" and "very in the earth."

We have no idea who their characters will be, but we know they will be there. Thanks, IMDB!

The season will NOT be Charles Manson-themed.

In an interview with Entertainment Tonight, she said of the Manson theme,

You can look me right in the eye. You are wrong. Dead. Wrong.

OK, fine, we can cross that theory off.

And that's what you missed on "American Horror Story"!

(Hm, that doesn't quite have the same ring to it as Ryan Murphey's other show.)

Tune into FX tomorrow, September 14, at 10 pm to finally know the truth.