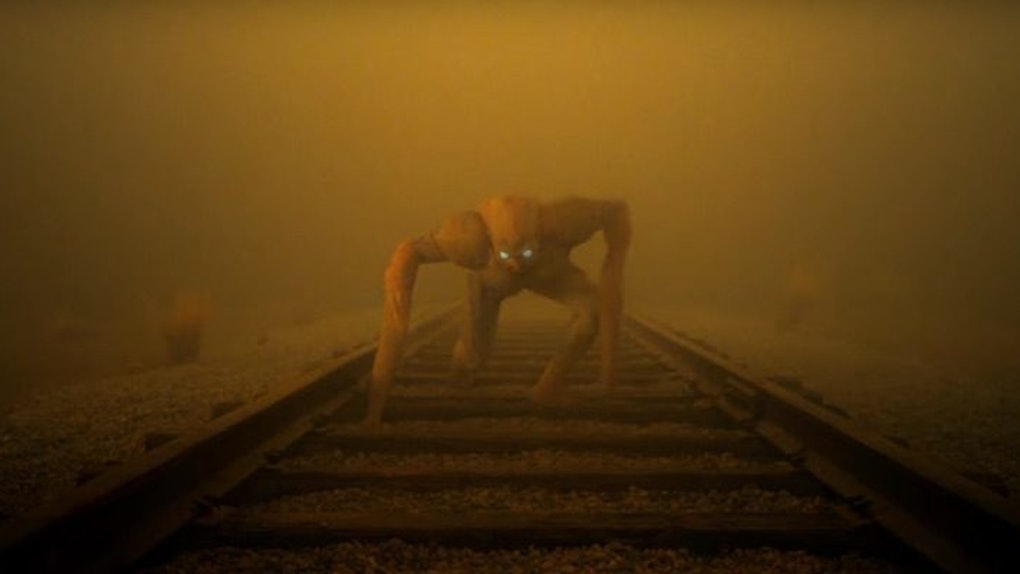 This is like the fourth teaser for "American Horror Story" season 6, and I still have NO idea what the heck is going to happen.

On Friday, FX uploaded a 15-second teaser trailer to its official YouTube page.

The clip features a creepy rock monster with glowing eyes and stabby arms scurrying down a railroad track.

This could possibly be the new Big Bad of the season, but it's so hard to know.

The creators of the show revealed at the Television Critic's Association press tour they were purposely keeping the details of season 6 a surprise.

At the end of July, three short teasers were released via Vice's Discover Snapchat of some creepy cabins, knives and other fun stuff.

Fans speculated it was likely meant to represent Roanoke, an English settlement in North Carolina whose entire population disappeared in 1590.

I guess we'll have to wait until next month to find out. "American Horror Story" season 6 returns to FX on September 14.