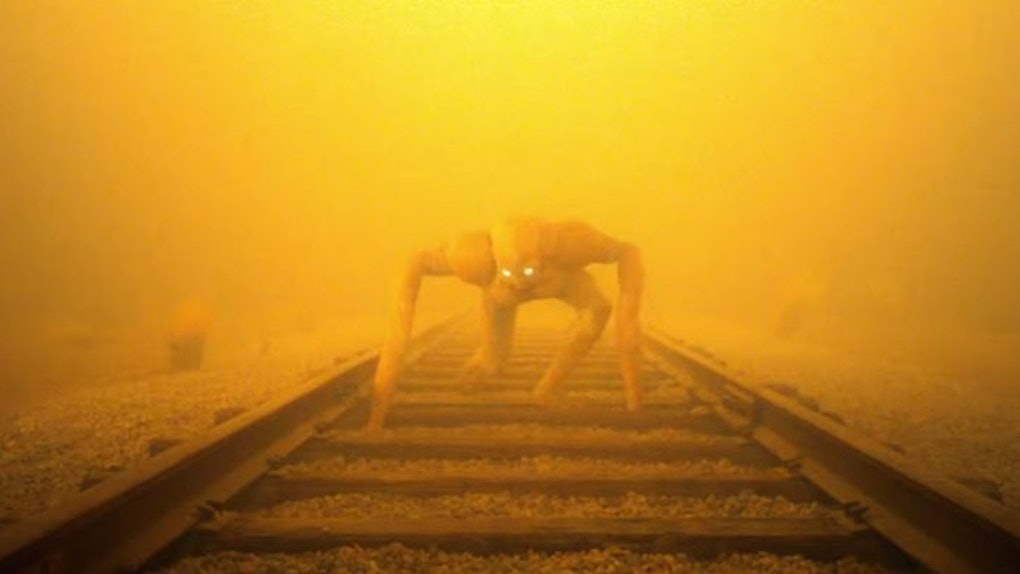 Thanks To A Leak, We Know The Theme Of 'American Horror Story' Season 6

Either the theme of “American Horror Story” season six has been accidentally revealed, or the 20 promos released by FX have thrown fans and media so turned around we'll never guess it before the September 14 premiere.

As promos have been released over the course of the past few weeks, Ryan Murphy and co. have insisted only one of them accurately represents the season six theme, and boy-oh-boy do these teasers cover a lot of ground.

There's this class of corn babies.

An entire “Children of the Corn” season feels exhausting, tbh.

She's VERY “Annabelle,” suggesting we could be in for a season full of demented toys and objects a la “The Conjuring.”

Hard to say what the living fuck is going on, here.

There are these beautiful crop circles.

“Texas Chainsaw Massacre”? “Deliverance”? A poltergeist fucking shit up at the Pitchfork Music Festival? SURE!

There's this swamp thing who loves to dunk.

You just know they're not doing a “Creature from the Black Lagoon” season.

There's this beige nightmare crawling out of the fog.

This foggy promo may be the one true hint at season six's theme, according to Cosmopolitan.

Both Rotten Tomatoes and a print copy of “TV Guide” billed the upcoming season as “American Horror Story: The Mist.”

Though Rotten Tomatoes has since changed the season title to “American Horror Story,” their initial reveal could mean the latest installment in the series will honor the Stephen King novella in which a town is engulfed in a mist full of threatening creatures.

In the event the Roanoke set photos leaked earlier this summer were not meant to simply serve as a diversion for curious fans, the town victimized in RyMurph's version of “The Mist” could very well be the colonial settlement.

One of the creatures to emerge from the mist had better be ya girl T-A-I-S-S-A.

Seriously, Taissa Farmiga, if you're seeing these articles, just come back. Come back to the show, you twinkling bulb of star power.

Citations: These Publications Might Have Just Spoiled the Theme for the Next Season of "American Horror Story" (Cosmopolitan)