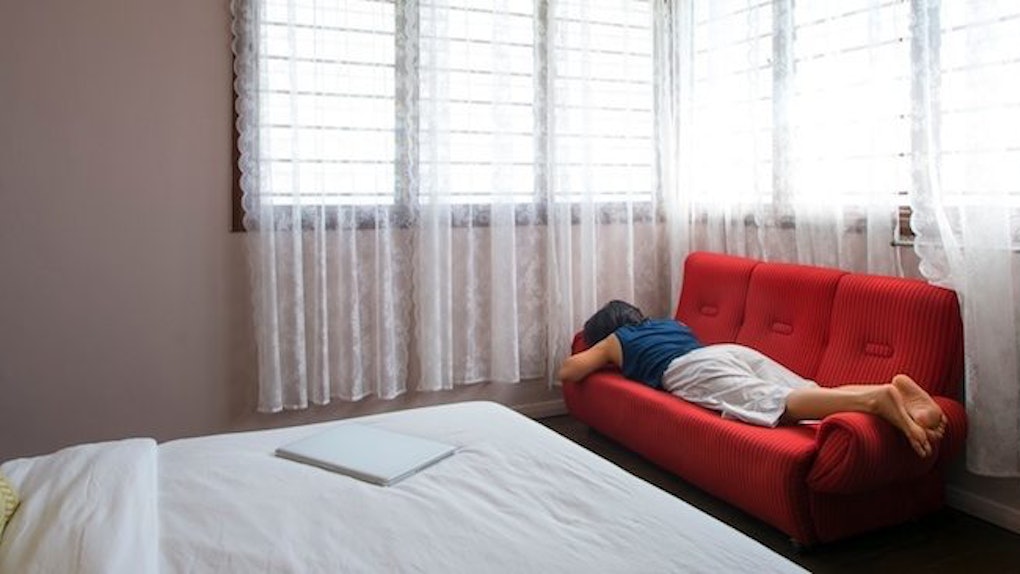 5 Ways To Tell Your Relationship Is Failing, Based On The Excuses You Make For Your Partner

Nobody wants to see that their relationship is failing, and the power of denial is, well, powerful. When you are too close to a situation — or right in the middle of it — it can be difficult to see the ways your relationship is failing. All too often, though, I see myself or my friends make the same mistakes. Somebody accepts less than they are worth, bends over backward to be with a partner who isn't willing to compromise for them, or takes emotional blow after emotional blow because it's somehow supposed to be worth it for love.

If one of these following characteristics sounds like you and your partner, it's time to start treating the issues you have in the relationship. Being in denial and making excuses is only blocking yourself from the happiness you deserve. And while you might have to break up to obtain everything you are worthy of, you might not have to either. There are definitely professionals who can help you navigate through the rocky seas of a relationship.

But first, you have to know what you are looking out for:

1. "I Can't Be Hurt By Their Behavior Because It Isn't About Me"

I think people can react a few different ways when their partner does something and hurts their feelings as a result. They either internalize the pain, dismiss it, or deny that it bothers them deeply. I've seen this excuse come up when one person in a couple does something that actively makes their partner jealous or otherwise uncomfortable. Flirting with people when you are in a monogamous relationship is one of them.

When you feel jealousy, you might try to sweep it away by saying that it's your problem and not your partner's. You might take all of the blame on yourself, beat yourself up for being insecure, and deny that your partner is also engaging in behavior to bring out those insecurities.

Another example is when a partner holds political beliefs that are different than yours or even threatening to you and people you care about. Misogyny, homophobia, and transphobia fall into those categories, in my mind. It might be easier to believe whatever your partner is doing or saying doesn't impact you if you don't want it to, but nobody has that much control over what you do feel.

If you can't own your concerns in a relationship and bring them to your partner's attention without fear being shamed, dismissed, or called “overly sensitive,” that is a sign your relationship is failing.

2. "I Want To Be Monogamous, But I Don't Want To Hold Them Back"

Of course, that's a generalization and I know it, but society has traditionally associated feminine qualities with being nurturing. For many women and femmes, that means we nurture and bend over backward for our partners until it drains us of our own emotional and mental resources.

It's not being needy to express what you require to be healthy and happy in a relationship, and your satisfaction is not negotiable. If your partner believes it is, and you enable that belief by not standing up for yourself, then that is another bad sign for your relationship.

Like everyone else, you are capable of being a turd from time to time, and aside from the occasional exasperation, your partner needs to be chill with that. However, if your partner is consistently emotionally withholding, mean, or otherwise a jerk to you, then it's not because you deserve it. It's because you're dating an awful person.

OK, maybe they aren't awful. Or, they aren't awful to you. That's fine! I don't have to like your partner! At the very least, if your partner behaves this way, it means they have some serious issues they need to resolve. If they don't, there's a good chance they might become emotionally abusive (if they aren't already).

No relationship can endure that amount of emotional heartache, pain, or humiliation. This is not only a sign that your relationship is failing, but an indication that you need to get out now before your heart acquires another bruise.

4. "There Are Certain Things I Don't Like About Them, But I Can Change Them”

If you ever think you are going to change your partner, then you are basically signing up to exhaust yourself for the next however many months or years you stay together. Being with somebody is not about healing their wounds, improving their quality of life, changing their belief systems, or making them a better person in any way, shape or from. That role is for charity workers, doctors, and spiritual advisers.

Relationships definitely are about supporting one another. That support comes with the expectation that you both will appreciate one another for who you are when you arrive at the relationship, and not who the other person thinks you should turn into. This might be just me, but I also find it somewhat condescending to assume that you are the person to change someone else for the better. It presumes that you are somehow superior to the person you are in a relationship with, and that they need you in some way.

That is a recipe for codependency, with you feeling your self-worth improved in comparison to your partner and your partner thinking you are their only possible source of happiness and success, rather than one among many.

5. “Sure We Fought And Screamed At Each Other For The Past 24 Hours, But Everything Is Fine Now”

If you and your partner are not able to talk through your conflicts without yelling, tears, and slammed doors, then your relationship probably should end, if it hasn't already.

Yes, people have different conflict styles. However, this amount of emotional turmoil and upheaval is really not healthy for a long-term relationship. Spending all day fretting about the fight you had the night before will impact your ability to focus on work or the activities you might want to do that day. Unless you thrive on screaming or being screamed at, you're probably going to end up avoiding confrontation at some point, just to save yourself the emotional exhaustion.

Avoiding conflict doesn't resolve any issue. It just leads tensions to build up, until another volcano explodes. Lingering resentment from previous fights can also build into a tangled nest of troubles that will bind your relationship up and bring it down.

If this or any of the above symptoms sound like you and your partner, but you don't want to break up, then couples counseling is always an option. It will teach you healthy ways to come to resolutions together and will probably bring you closer as a couple. Before you pursue a therapeutic course of action, you have to be sure that a successful relationship is something you both want to see, and that you are equally invested in improving the quality of your life together.

If not, you're going to end up right back where you started.