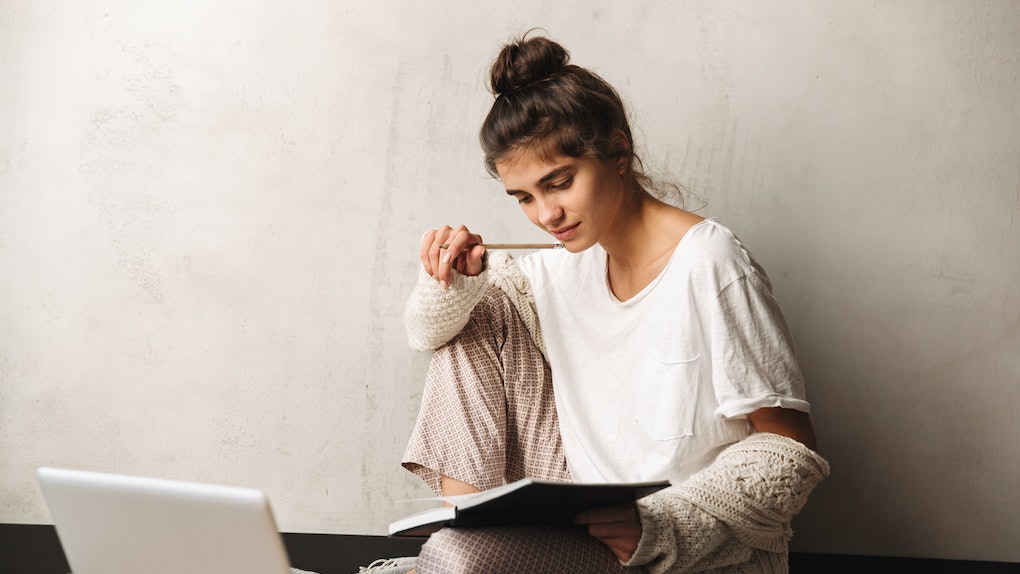 Signs He's Leading You On Because He Wants Commitment

My name is Nicole,* and I'm 26 from Houston. I'm having relationship drama with this guy who I really connect with, but he's unsure whether or not he's ready to commit.

I've been seeing someone named J* on and off for a little over a year. We met at a bar one night, and initially, things were great.

We vibed in a way that I haven't vibed with anyone before. We were constantly spending time together, and they even introduced me to their friends and family. It never occurred to me to look for signs he was leading me on, because our connection felt like it was on the right track.

For all intents and purposes, we were in a "situationship," also known as an undefined relationship. We had amazing chemistry, and were constantly joking and laughing all the time. I had never felt anything like that before, and it scared me, but I was all in.

After about four months of seeing each other, I finally asked, "What are we?" And as I'm sure you can already guess, it didn’t go over well. Things began to change.

He slowly started to remove himself from my life, and when I asked why, he said, "I like you, I'm just not ready," which is understandable. I didn’t want to force them into a relationship with me because it’s important to respect people’s boundaries. Additionally, he had just gotten out of a 10-year relationship. I had no intention of rushing his healing process.

So, we just lost touch.

We would call or text every now and then and sometimes meet up at a bar or catch a Rockets game together, but it was always as friends.

Over time, I grew frustrated with all the unkept promises he made to me. For example, he’d tell me he’d text me the next day, then not do it. Or tell me we’d meet up for drinks the following weekend, then never follow up.

Situations like that drive me nuts, so I eventually called him out on their bullsh*t.

Each confrontation led to an explosive argument, but a few weeks later, he would text me like nothing ever happened.

Eventually, we got to a point where we both accepted our relationship for what it was: A friends with benefits arrangement that was no longer healthy.

Then suddenly, he started opening up to me. He doesn’t usually talk about his feelings, so his vulnerability came as a shock to me.

Next, he resumed their flirtatious behavior, texting me things like, "Why are you still single?" and, "I pray for a woman like you, I'm just not ready."

Since I had feelings for him, his words affected me, but also played with my head. What does he mean? What does he want?

I wanted to see where the relationship could go because I really did believe that we could have something really rare and special, but I was unsure if they really wanted that, too.

So, I started wondering: Is this something that I should even hold onto, waiting for him to decide when he’s ready? Or is he feeding me little nuggets of bullsh*t to keep me around and feed his ego? Should I even bother?

Ultimately, I realized that even if he came up to me and said, " Let's do this, I want to see where it could go," I didn’t think I could trust him because he rarely kept his word.

What should I do?

It sounds to me like you already know what you should do, but what you want doesn't match up with your logic.

In writing this column, I've found that people can indeed take a longer time to fall for somebody. A relationship may begin on a physical level, but as time goes on, you may discover more about each other and recognize you’re looking for something more long-term. This kind of transition can best be determined by communicating openly about your intentions and being willing to walk away if it means respecting each other’s boundaries.

No relationship follows the same formula, so there’s no one-size-fits-all answer here.

Additionally, he just got out of a relationship. 10 years is a very long time to be with someone, and he may still be healing from the breakup.

If he’s adamant about not wanting to dive right into another relationship, you need to listen to him.

So here's what I want you to do: Talk to him about how you’re feeling. Be open and honest about what you’re looking for and give him the opportunity to do the same. If your intentions don’t align, it might be best to reevaluate what the relationship means to you.

I know this is painful, but ultimately, if he has been leading you on, this may give him the opportunity to come clean. Ending a relationship, even one that’s undefined, can be incredibly painful. So if your conversation results in a split, take time and space for yourself to process how you’re feeling and don’t be afraid to reach out to friends and family. I hope you find this helpful. Best of luck!

You know what doesn't get talked about much? People who string others along in an attempt to delay the inevitable. Thanks for bringing up a situation that allows me to talk about it.

In my opinion, people who string women along may not only want to commit, they probably know they will. That may be why they try to prolong defining the relationship.

Perhaps your FWB has already decided that he’s going to end up with you. If he’s made up his mind, that may reveal why he treats you poorly — in his head, there may be no risk of losing you.

Ever wonder why couples that have been together the longest bicker? They all eventually float into a comfort zone with one another where they can say whatever is on his mind because they trust one another.

Of course, this is no excuse for toxic behavior. If he keeps blowing up in your face and crawling back, taking you to sports games and doing all this normal couple-ish stuff, you need to communicate how their behavior is affecting you. Feeling comfortable in an ambiguous relationship in no way means you’re allowed to try your partner disrespectfully.

If he thinks you’re a couple, but he isn’t ready for a relationship, the best thing you can do is have an open and honest conversation about it. If they’re scared to commit, it’s better to communicate that sentiment than keep it bottled up.

Instead of coming to conclusions when he forgest to text you back, provide him with the opportunity to be vulnerable and ask what’s on his mind. But if his erratic behavior continues, it may be time to walk away. You deserve someone who wants to be with you, not someone who punishes you for his indecision.