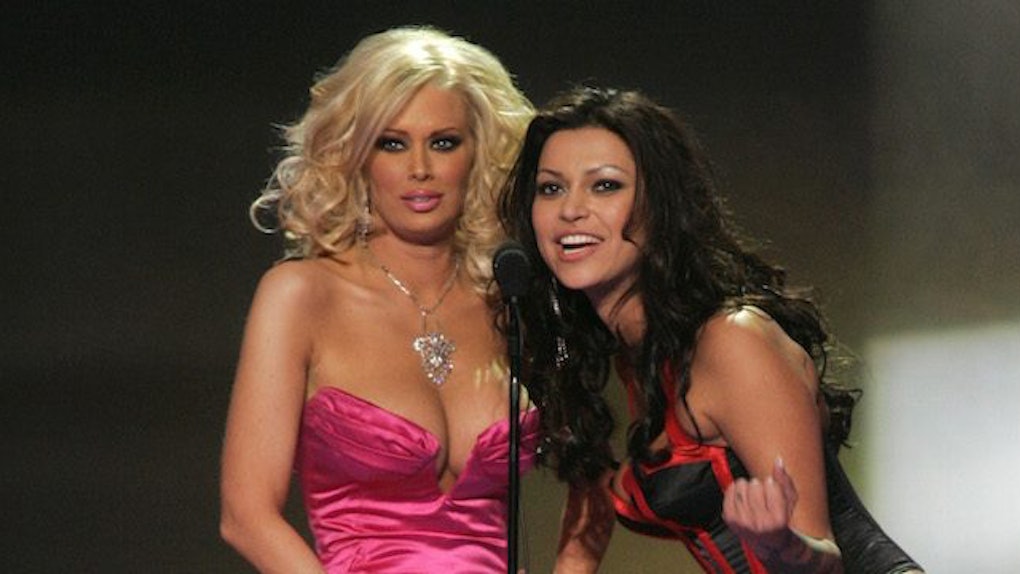 She added that people were (and still are) very quick to judge her for this choice.

For instance, she noted that everybody has bad days at their jobs, but when an adult performer has a bad day, people say things like, “OMG, YOU HAVE TO GET OUT WHILE YOU CAN!” as if the talent is being held at gunpoint behind the cameras.

“People not being treated ethically is very few and far between,” the panelists asserted, noting there are good and bad people in every industry — not just adult film.

While there's no question that the women are the stars of each scene, each panelist insisted they are also seen and treated as goddesses on set and off.

But it's really not all that different. The subject matter is the same, after all. It is, essentially, a live reenactment of the words written on a page. Live theater, if you will.

So why then is seeing something sexual acted out in front of us so much more grotesque than reading it?

With the belief that pornographic material will become more and more accepted within society (which has already proven to be true), female talent view themselves as oppressed leaders of this to-be shift. This, in and of itself, is a form of empowerment.

It's no surprise that in our society, men are celebrated for having sex and women are condemned for it. Is this fair? Fuck no, but it's the unfortunate reality we live in.

This one-sided perception of exploitation is clearly a very large issue currently plaguing the industry and was something that was addressed multiple times during the show.

“Adult performers, what you do is art. Do not let them shame you!” Greg Lansky, winner of Director of the Year, shouted during his acceptance speech on behalf of female performers at the awards show.

As someone who was in attendance at the awards, I admit I'd never heard such loud shrieks of support from both male and female performers during the entire show.

When each performer won her award last Saturday night, she was in tears and could barely get any words out. These women are clearly very proud of what they do for a living and feel both empowered and validated for AVN's recognition at the award show.

The panelists urged that even though it's not solely the oppressed's job to stand up for themselves with regards to this perceived exploitation, women outside and within the industry should stand up for women who profit from their sexuality.

This is important so we don't see women in adult film as defenseless or any less respected in society.

“Hey, having sex is really fun. We should make money off of it,” she told the crowd. “This is a legitimate pursuit. Many of us have degrees, and we've chosen to do this.”

“We still have a long way to go,” they all agreed.