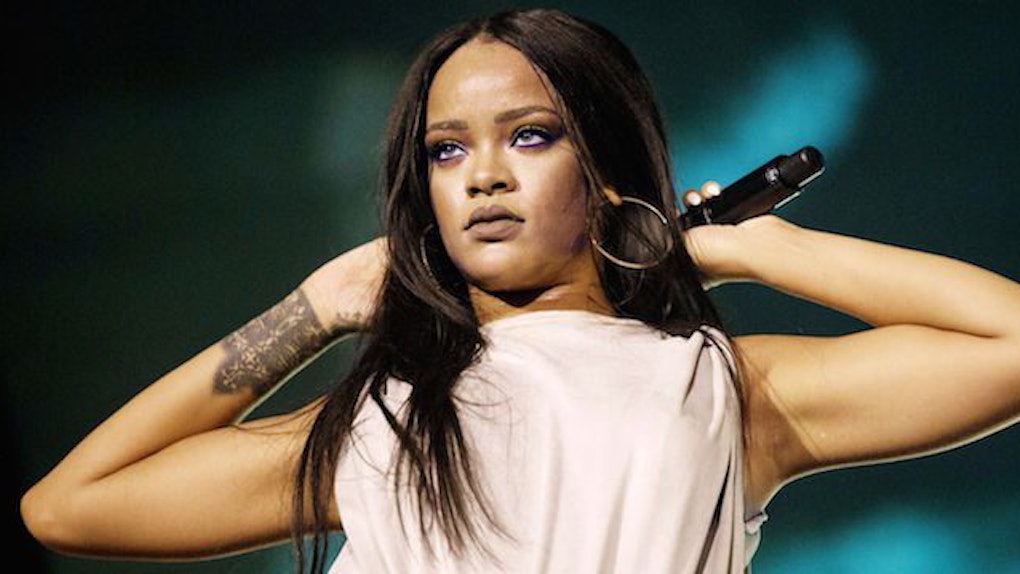 What Grammy-Nominated Artists Say About Your Sex Life

This Sunday is GRAMMYS night, baby! The Grammys are the epic, exciting celebration of music. And music, to me, is the same thing as sex.

It's no secret that the type of music you like says absolutely everything about you. After all, music says what our souls would say if our souls could speak. And what's the most soulful thing in the universe? SEX, honey. It just doesn't get more soulful than that.

So, naturally, your favorite musical artist is going to say a lot about how you get down and dirty.

Please note: I didn't include QUEEN BEY on this list because she's everyone's favorite Grammy-nominated artist. It's not fair to the rest of the artists to put her in here; it would cancel those poor babes out. She needs her own article.

Anyway, here is what your favorite Grammy-nominated artist says about the way you have SEX:

If Adele is your favorite artist, it's fairly safe to say you're probably pretty hung up on your ex, sugar. And you like to have that very dramatic, passionate, forbidden ex-sex.

I mean, who can blame you? I've been there! Sex with the toxic person you're supposed to never speak to again is the hottest sex there is. If only the emotional aftermath wasn't so bad.

But hey, it probably gives you really good material to write about, right? Artists need content.

Justin Bieber: You're a bottom.

Oh, honey, cutie little Justin Bieber is the prettiest lesbian I've ever seen. And he's finally getting STRONG and telling all the girls who play with his heart to go "love" themselves (aka to go fuck themselves).

But he's still a ~sweetie~. And if Bieber is your spirit animal, you're a small but mighty person in the sack who likes to be on the bottom! And that's just like Bieber. He likes to seem tough through all those tatts, but we all know he's really a kitten.

And your kind likes to feel the crushing weight of another person on top of you, but you are no pillow princess. Just because you're submissive doesn't mean you don't have a little fire inside of you. You're what I like to call a "power bottom."

Sia: You're into getting dressed up in kinky outfits.

If Sia is your favorite artist, you're clearly wildly creative, just like her. You're into modern dance, art and pushing the boundaries.

But you know what gets you the hottest? Dressing up in a disguise. You're into wigs. You're into kinky outfits, costumes and big sunglasses. You like to dress in a way that makes you unrecognizable, just like Queen Sia herself.

Rihanna: You're a top.

Rihanna is the fiercest bitch on the block. Her music, her tattoos, her swag, her outspokenness, her badass Instagram account — she's really a fucking feminist icon.

And you know Rihanna is the real deal. She walks the walk. She talks the talk. She sexes the sex.

Rihanna is in control over her entire empire, including her sexual empire. She crawls on top of boys and shows them who is BOSS. And so do you.

Drake: You catch feelings when you're having sex, but lose them right after.

It's no secret that Drake is a hyper-passionate human being. His lyrics are intense, so he's the type of intense person who feels everything really DEEPLY in the moment. But as soon as the moment passes, he's on to feeling passionately about someone new. He's addicted to newness.

That's you in the bedroom. You're really involved in whatever is in front of you. In fact, you might even think you LOVE the person you're fucking while you're fucking, but the love is gone when the sex ends.

Chance The Rapper: You like your fun, ~high~ sex.

If Chance The Rapper is your spirit animal, you get upset when your girlfriend decides to "grow up" (I HATE when that happens) and doesn't want to get high and fool around with you anymore.

I totally get it. When your lover stops doing the same drugs as you, it's a real bummer.

But don't worry, there are plenty of people who want to indulge in some nice, stoned, sensual sex. You just have to find them.