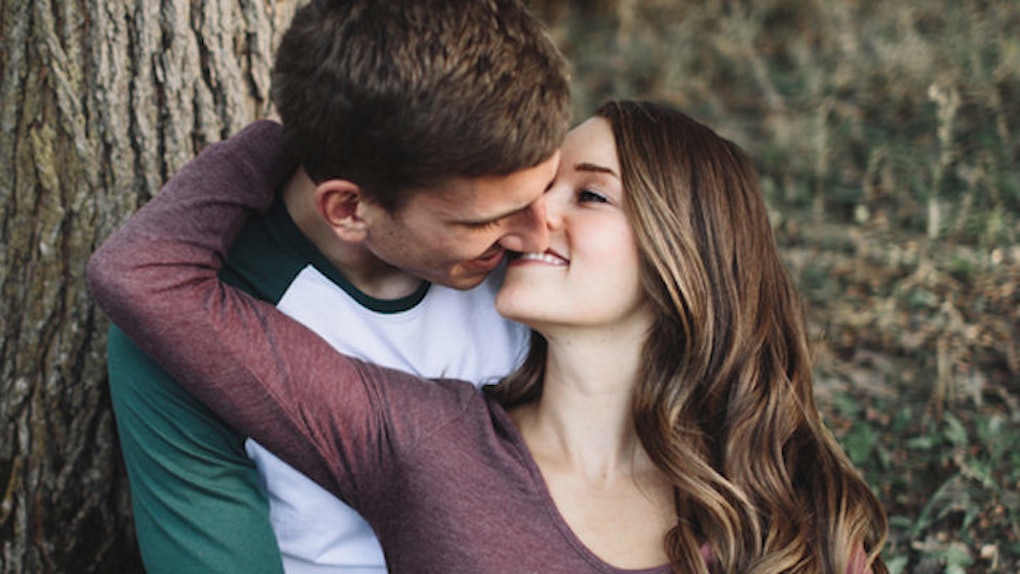 While I'm not someone who ever advocates living life by your horoscope, I've always noticed a connection between the signs and specific ruling personality traits.

I've known a lot of Pisces in my life who have fit the bill in regard to what's been written about them.

Pisces — which is the Latin word for "fish" — is the embodiment of tender, loving, imaginative and clever humanitarian dreams.

Born during the height of winter between February 19 and March 20, all Pisces carry an innate capacity to conceptualize and fantasize in order to escape and conquer stress.

It is this essential quality that allows them to make the best of every cold, hard day life throws at them, and they can truly appreciate every easy day handed to them.

As he is already naturally visionary, intuitive, romantic and a bit escapist, when a Pisces man is in love with you, he is completely loyal.

Even on his hardest, coldest day, he'll find a million tiny ways to make you feel like the most important person in the world.

Here are the four ways you'll know a Pisces man is head over heels about you:

No matter where you are in the world, this fish will call, text, email or FaceTime you every chance he gets.

He will check in every few hours or so with a flirty comment or funny article link.

So much so, the more independent signs may want to run away as fast as they can.

Do not misunderstand him. The Pisces man in love is not clingy; he'll just never go missing.

As an otherwise shy, but nurturing water sign, keeping up contact throughout the day is his way of communicating to you that he'll be sticking around for a while.

It's his way of showing you he's different from most other men.

He's never disconnected because he wants you to feel safe with him.

2. He asks for your opinion.

When a Pisces man falls in love with you, he also falls into the awesome habit of respecting you on every level, including mind, body and soul.

Only when a Pisces truly respects you will he crave to know what you're thinking about.

As they are usually very indecisive people, Pisces men broadcast their many, many feelings for you by asking for your guidance.

Your Pisces man will trust that you can put both of you on the best path together.

I'll tell you a short story about a Pisces who was once my first love.

In September 2012, I met the most annoying man in the doorway of a lounge in Northern England.

I was only two weeks into settling into my new apartment on the other side of the world.

I was so new, in fact, that I didn't even have a local cell phone yet.

Regardless, after just a 10-minute conversation, this man would not leave until I gave him some way to contact me.

He lived in London at the time, and I was all the way up north, focusing on studying.

Disinterested, eager to actually move on with my night and admittedly already a bit tipsy, I blurted out my American phone number over the awful techno that filled the space between us.

He also requested my email address, just in case it was a fake number.

(After all, he'd never seen an American phone number before.)

Fast-forward three weeks: I'd basically been ignoring this man (who contacted me daily), and I was headed home from a weekend in the Netherlands with my best friend, who was also studying somewhere in the UK.

I arrived at Gatwick, and I was immediately stranded.

None of my credit cards were working, my flight back up north was canceled and I had maybe 10 percent of battery on my phone.

(Needless to say, it was a pretty fun Halloween weekend in Holland.)

Forced by the need to survive, I put my pride aside, took a chance and used the last of my battery life to contact this Pisces man, who I was totally expecting to ignore me.

Within an hour, he had picked me up, fed me, drove me to a bank and then sat with me in a park to relax.

I spent all day with him in London until the last train, and I was grateful beyond belief that he supported me when he could have just ignored me (or worse, murdered me). Pisces are idealistic and incredibly romantic.

They're protectors of the weak and mistreated.

So, whenever you're feeling a bit vulnerable or out of place, you will never have to worry for too long because your Pisces man will drop everything to be with you.

A Pisces man who loves you will never let you feel alone in the world.

4. He designs you into his future.

In this case, the term design differs from plan in the same way interior decor differs from architectural building.

A Pisces man in love does not map out the rest of his life with you like a six-step list of life goals.

He is not a planner.

Instead, he uses his creative thinking to sketch you into the life he's already established, imagining you as happier and healthier together.

The house already exists, but the Pisces man knows he needs to fill it with some beautiful, awesome stuff that makes his life easier.

That means you and all the many qualities that make him adore you.