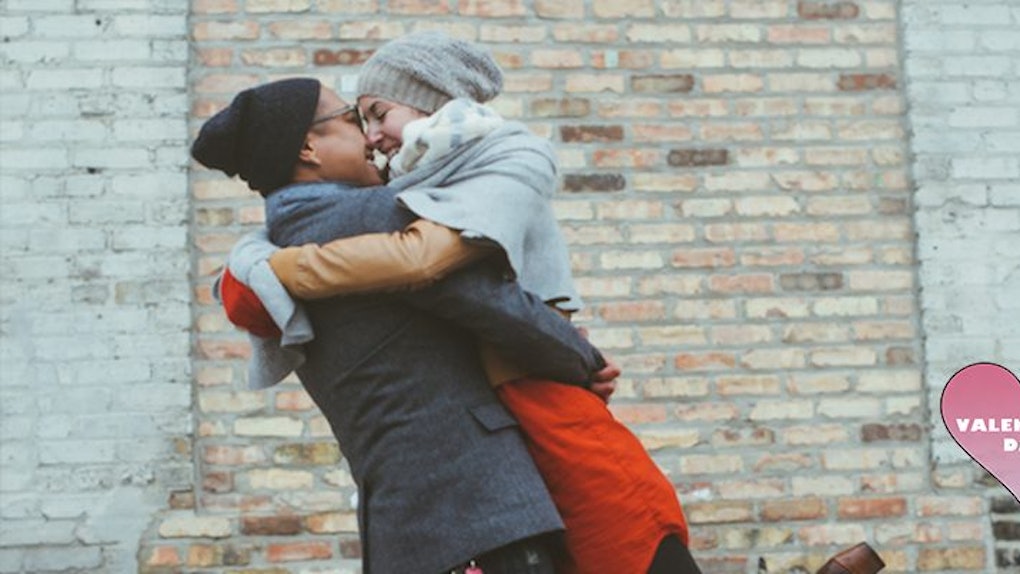 Show Love To Your Partner These Creative Ways for Valentine's Day

Here we are again: Valentine's Day season — a semi-awkward, semi-forced holiday designed for lovers to shower each other with gifts and affection.

However, a recent Elite Daily reader survey revealed 43 percent of women prefer doing something low-key as opposed to extravagant dates, and 35 percent of men feel totally apathetic to the holiday in general.

A recent Elite Daily reader survey revealed 43 percent of women prefer doing something low-key as opposed to extravagant dates, and 35 percent of men feel totally apathetic to the holiday in general.

So wouldn't it be nice, then, to find a way to celebrate your love without the forced money-spending and expensive dinners?

Here are a few adorable ways to show your partner love, without buying them something frivolous this Valentine's Day:

Give what you normally get.

This can mean so many awesome things! But start by asking yourself where your partner has put your needs first over theirs.

An example in my relationship is that I constantly get up to use the bathroom in the middle of the night and have really terrible allergies.

My bed is pushed against my wall, my boyfriend sleeps on the wall side so I can get in and out easier and he keeps tissues on the nightstand.

That said, because I know it's a bitch for his bigger, broader body to crawl in and out of bed from the end every single night, maybe this Valentine's Day, I can take the wall side.

There are likely even bigger or smaller ways you can give back to your partner for all of their efforts, so spend the next week identifying all the ways they take care of you first, and flip the script come February 14!

Make something easier for them.

Someone once explained to me that there are two kinds of people in life: adapters and solvers.

Adapters, as you might have guessed, adapt to the problems around them. They accept things as they are and adjust themselves accordingly.

Solvers, on the other hand, will identify the issue and fix it.

So how can you be a solver for something your partner has adapted to? Do they always lose their keys? Are they rushed in the mornings? Are they constantly losing change in their coat pocket?

Hang a hook by the door so he stops losing his keys. Set your coffee pot timer so coffee is ready to go when he wakes up. Sew up any holes in his favorite jacket.

SO EASY and SO THOUGHTFUL.

Get them out of their comfort zone.

If your partner is like any human being, they probably have a long list of things they would like to try one day that they have yet to get around to.

Well, maybe today is that day.

If your SO has always wanted to give stand-up comedy a try, sign them up for an open mic! Maybe they have a fear of heights, so plan a big hiking trip to the top of some, IDK, summit?

However you can safely push them to the limits they want to reach, go for it. They'll love you and thank you later!

Never underestimate the element of surprise.

SO MANY SURPRISES, SO LITTLE TIME!

The best way to identify how you can most easily knock your partner's socks off is to think, "What is something they would want from me that I would never, ever do?"

Then, decide you're going to do it.

It's scary, I know, but the reward will be SO WORTH the risk for you when you see your partners eyeballs literally jump out of their face and run away screaming down the hall.

This could mean skydiving, trying a new move in bed or even getting a tattoo together. Whatever it is, don't think so hard. Just do it.

You're the best, UGH.

For lots of people, Valentine's Day is less about the flowers and candy and more about a time to reflect on the romantic relationships we have in our lives.

Think about where your relationship is going and how you can help set you guys up for success!

If you have a big milestone coming up, like moving in together, an anniversary, marriage, a baby, puppy, yada yada yada, do some research and organize all your thoughts. Use Valentine's Day as a day to get organized and go over everything you've thought about with your partner.

This will be a super sweet way to show them how excited you are for your future together, and it'll get the two of you PUMPED for whatever magic there is to come.

This sounds cliché, but it's totally incredible what a few words of encouragement, admiration or appreciation do for a person.

What are the things that impress you about this person? What humors you about them? What made you fall in love with them in the first place? Now, SAY IT TO THEM. The more specific, the better.

One time, my boyfriend stopped me out of nowhere mid-argument to say, "You are a really fair person, and I really like that about you."

It blew me away. First, I never considered what a compliment it is to be considered "fair," and second, the fact that he was able to summon a positive feeling about me WHILE WE WERE FIGHTING made me feel like a million bucks and much more confident in our connection. (Not to mention, whatever I was pissed about went away.)

Always remember, it doesn't take a pile of cash to tell someone you love them — it just takes you.