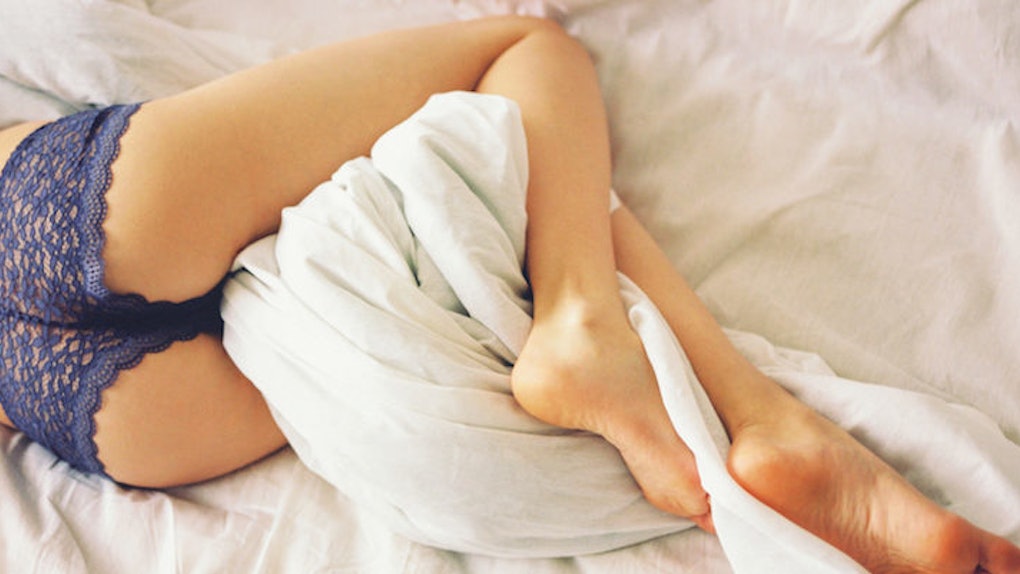 An ANALysis Of Gen-Y: What's Up With Butt Stuff?

What are we afraid of? Pain? Getting pooped on? Forever having a loose anus?

Oh, stop. Stop pretending you’re so squeamish. We're talking about going up the butt, aren’t we? I think we left the comfort zone long ago, my friends.

I think it’s time to bring a little light to this whole rump debacle. Y’all need the information, and Auntie Gigi is here to save the day.

The logistics: We got responses from 35 millennial responders ages 24-35; 45.5 percent of the respondents were male and 54.6 percent female (we like to keep things even because we’re socially conscious like that).

So, how about the first time you took the dirt road home, huh?

If there was one interesting thing to note about the first-time experiences of our participants, it was that a surprising number decided to forgo -- or actually forgot to use -- lubricant.

Thirteen respondents said they used lubricant. Another 13 didn't use it at all.

Let's think about this: thirteen people out of 35 said that they used no lube. Six of them said they used spit.

When asked how he prepared going forward, one male participant had a lengthy and detailed response:

Towel on the bed, shower ready, an additional butt towel just in case, complete nudity (because -- let's face it -- no one wants butt-juice on a fresh new shirt), tons of spit, foreplay with a butt plug and then, the grand finale, the cornholing.

The concern is certainly not unwarranted. One 21-year-old female responder told Elite Daily:

“Once, my ex-boyfriend and I were having sex in that position where my feet are on his shoulders. Mid-thrust, his dick accidentally slipped out of my vagina and RAMMED itself right in my assh*le. I have never, in my entire 21 years on this earth ,felt so much pain.”

As for the poop factor, only 16.6 percent of receivers listed pooping on a partner as their biggest fear, but pooping came in second overall.

Also, 10 percent were most fearful of bleeding afterwards.

Fifteen of 35 respondents told us a story that had something to do with either farting or pooping.

Think about where you’re putting that D.

“During foreplay, I did fart on my ex's finger!!!” one woman told us.

Who deserves the all-access pass?

Elite Daily had to wonder: If we’re (mostly) all down to do butt stuff... who are the partners?