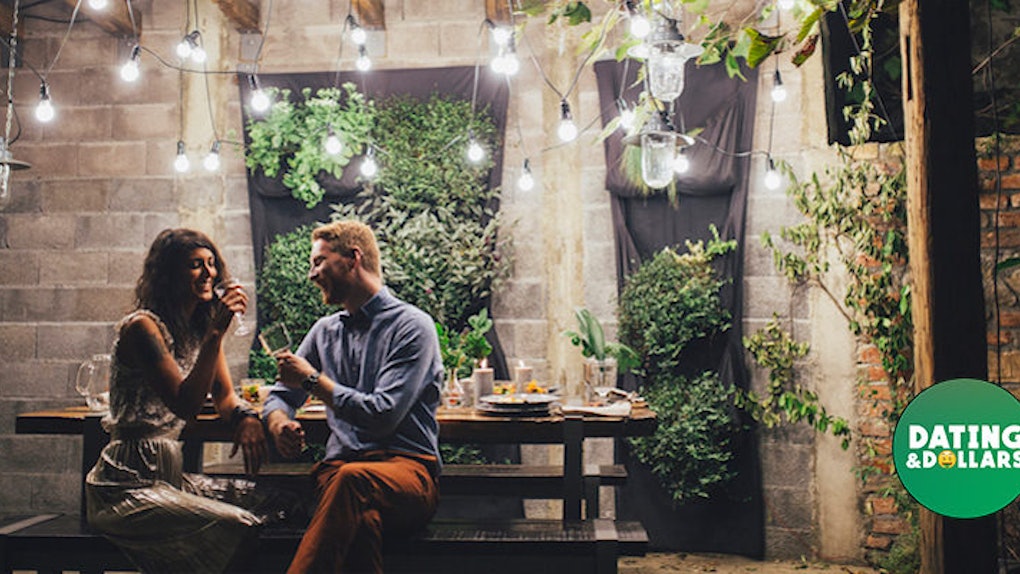 Is It A Date Just Because He Pays For Dinner?

I have a serious knack for putting myself in awkward situations.

When it comes to going out with someone, I'm no stranger to making a fool of myself because I assume everything to be a date.

I mean, whether or not it's a date is a little more obvious when you're grabbing food with a friend you've known for years, but what if there are hidden feelings there?

Seriously, if you've never had an issue splitting the check before, but they suddenly exclaim that they've got it covered and that you can grab the next one, shit feels a lot more real.

So it's a date... right? Well, not necessarily.

Things are much less complicated on an app or an online dating profile, since those are clearly tailored for romantic encounters (or a quick hookup). Sure, developing a friendship after the fact is a definite possibility, but odds are, you're just trying to get it in.

But in any other situation, how can you tell when the line begins to cross over from casual to extra cozy? And if you go out with someone, and he picks up the check, does that officially declare it a date?

Luckily, a handful of gentlemen took to Reddit to answer this troubling question of the century:

He thinks it depends on if it's your first time going out:

He thinks it's all about who's sitting across from you:

He thinks, sometimes, you just have to ask:

He thinks guys and girls have mixed opinions:

He thinks it's only a date if you call it one:

He thinks if the guy's paying, then it's probably a date:

He thinks you need to analyze the entire night:

He thinks you should put all your cards on the table:

So, there you have it, folks. Even if he pays for dinner, you'll never be able to label it a real date if you both aren't on the same page. So speak up — communication is key!

Citations: Is it a date just because he bought you dinner? Why or why not? (Reddit)