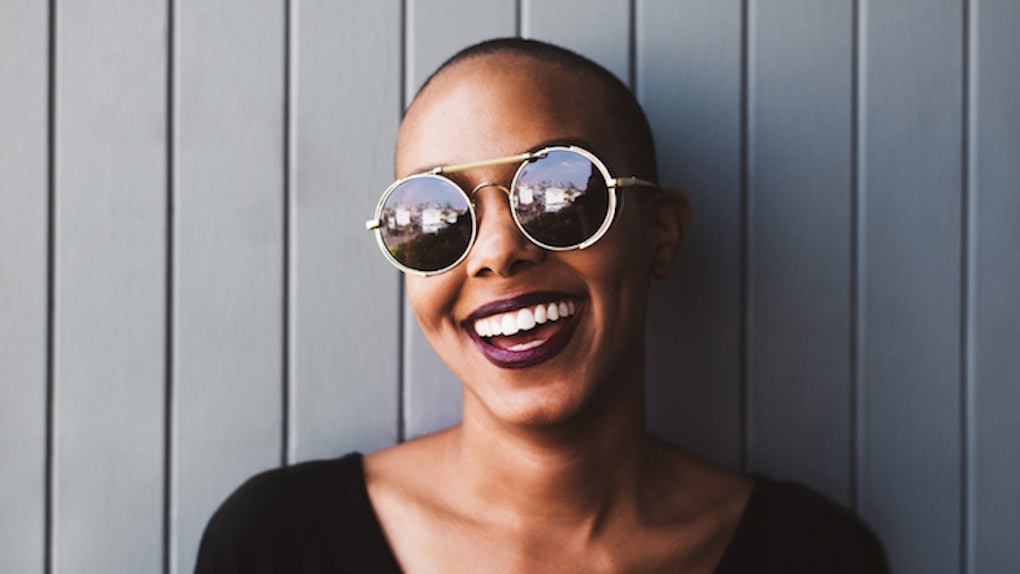 What To Do If He's Flaky, But He's Not Quite A Fuckboy

All women know that the condition "flaky guy syndrome" is very much real and can, at times, be felt at epidemic proportions.

The symptoms include the following things: he cancels plans (with or without a good excuse), you don't hear from him for a while and then he suddenly pops up again, despite having a great time together things never seem to progress to the next level.

Flaky guy is often charming or sweet, and let's face it: He needs to be, in order to get away with his behavior which usually balances so cleverly on the very edge of acceptability to leave you wondering if you're overreacting or reading too much into things.

The moment he has you googling “how long is too long not to hear from a guy” is the moment you realize you clearly feel insecure about the situation. Although in the early stages of dating it's normal to feel nervous about whether someone likes you, when their behavior gives you more reason to feel insecure than reassured, it's a red flag.

Thanks to the cultural “crazy girl” label that has been so kindly bestowed on women by society, you often find that many independent and easy going ladies are fearful of being seen as “uptight," so they put up with crappy behavior for fear of rocking the boat.

Yet deep down you know that if he were interested enough, and if he were excited to hear from you, he would answer your message as soon as he could and he would be in touch because you were on his mind. Way too often we're all desperately trying to steady the boat when the smart thing to do might be to knock the damn boat over with him in it.

Think back to a time in your life when you met a guy and things effortlessly flowed toward falling in love. Did you constantly question how he felt? Did you feel like you needed to keep his attention? Did you wonder if it was heading anywhere? Probably not, because when you're falling in love with someone you're on the same page.

Nobody needs time to catch up because you're both there, in the moment, together. If flaky guy decides not to show up for your moment why the hell are you waiting around hoping he might eventually make an appearance, both literally and metaphorically.

Resist the urge to fix it. You could be a magical, princess, goddess straight from planet awesome and he would not behave any differently. Attempts at being extra attractive, laid back, funny, smart and generally super human will not cure "flaky guy syndrome."

So, why is this the tactic that many of us decide to use? We think if we're patient he'll be won over by our greatness, transform into Prince Charming and we'll finally fall in love. We're not really stupid enough to think this, but on an unconscious level we're so busy hoping it could be the case that we behave accordingly.

In 99.9 percent of cases flaky guy will continue to try and get away with what he can. The perfectly worded text you send that sparks his interest may feel like you've won the battle, but it doesn't mean you'll win the war. The only way you'll ever be treated the way you would like is if you assert your self-worth.

When his behavior falls short of your standards then let him know. This is always a scary option. When you pluck up the courage and are ready to have a chat with him, remember these three things:

This isn't about blaming him. The truth is that any of his past behavior that you didn't like you're also responsible for because you accepted it. The objective here isn't giving him a piece of your mind or having a go at him for “not treating you right."

What can feel clear in your mind about what you want before you speak to him can suddenly start to become muddy as soon as the words begin to leave your mouth.

Don't chicken out and end up telling only half the truth in the hope it'll be more palatable to him. Doing that will only result in you ultimately selling yourself short and getting nothing resolved.

It's not easy, but try and let go of any expectations of the outcome. This is an exercise in learning to speak your own truth, not about trying to get what you want. You're not threatening him, it's just an open conversation about whether you really want the same things going forward.

Lets be realistic, flaky guy is in most cases (depending on your taste in men) not a bad guy, he's just emotionally unavailable. For whatever reasons, and ultimately it doesn't even matter why, he's in a place in his life where he's not looking to commit to someone.

In this case that someone is sadly you. This sucks and this isn't the way you want things to be, but it's not going to change. So, get the disappointment out of your system now and be brave enough to make it clear that you respect yourself. Don't allow him to come and go from your life as he pleases.

If you want more from him then he needs to know, and if he's not prepared to give it to you then you need to move on. Prince Charming isn't out there waiting for you, but a man who will respect, love and protect you is. Wouldn't it be a shame if you missed him because you were home waiting for flaky guy to text back?