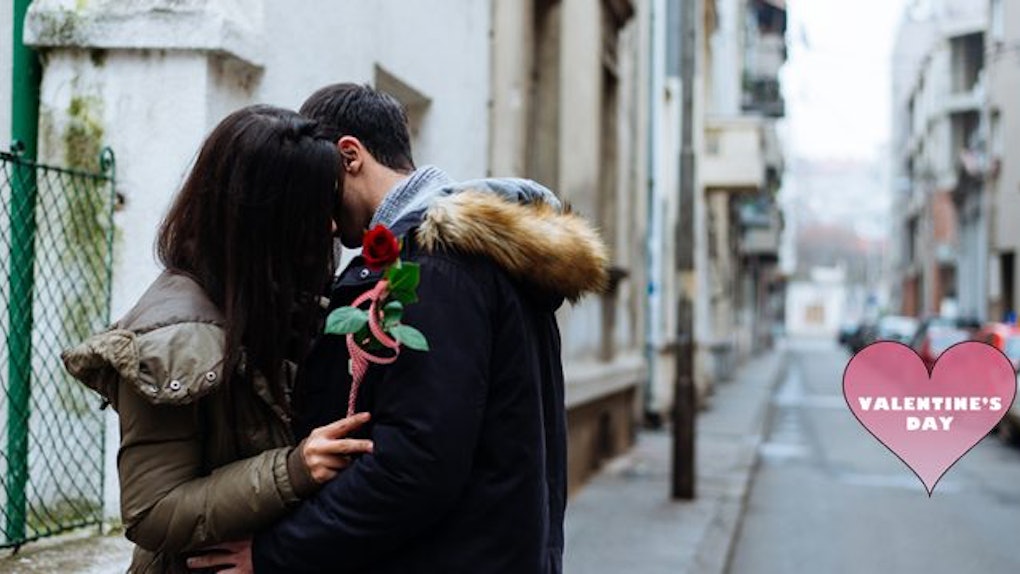 The 6 Types Of Couples You'll See On Valentine's Day

Lock all your doors and bolt all your windows. Valentine's Day is almost upon us.

It's the time of year when OpenTable implodes and restaurants are bombarded with just way too much goddamn love and affection.

The majority of women (42 percent) and men (43 percent) in relationships feel "excited and happy" when figuring out their Valentine's Day plans, according to Elite Daily's reader survey.

These couples galavant through the streets, occasionally stopping traffic for a quick PDA session before making the most of their classy dinner reservations.

And if you happen to venture outside on this mushy holiday, you'll probably see some of these less-than-subtle displays (like that girl giving her man a quality OTPHJ under the table) happening between loved-up pairs celebrating Valentine's Day.

Here is a list of all the different kinds of couples you may see:

1. The couple celebrating for the first time

Candles, flowers, that expensive bottle of wine you will regret in the morning — who cares?

It's this couple's first time flaunting their romance in front of perfect strangers, and they couldn't be more enthusiastic about it.

The persistence eye contact may seem a bit creepy, but that doesn't matter. This is the one pair you're allowed to be envious of.

2. The couple who just had a huge fight

Not everyone's Valentine's Day can be perfect.

Aside from arms folded across the chest and evident boredom, it might be the high-pitched yelling and slaps to the face that give you some clues as to where this couple truly stands in their relationship.

That is, if you can call it a relationship at this point...

3. The couple ripping each other's clothes off

Aside from the aggressive tongue-sword fighting you've bared witness to, you're starting to question where their hands have actually been for the last half hour.

This couple has probably heard the phrase "get a room" before, but they're very clearly ignoring it.

How many aphrodisiacs did they have? Oh, all of them? Great.

4. The couple who's probably on a first date

These two lovebirds just matched on Tinder (possibly mere hours before meeting up), and somehow, they decided the most romantic holiday of the year was the best time to go out.

After witnessing a surprise engagement and acknowledging they have zero things in common, their eyes have glazed over until it's time to get the check.

5. The couple who are actually best friends

They're probably having the best time out of anyone.

Getting unnecessarily drunk is a requirement when it comes to this "couple." And also, it's very clear they're checking out (and potentially rating) each person who passes them by.

Single people are capable of celebrating Valentine's Day, too. It just involves less of a focus on expensive, salmon dinners and an emphasis on browning out with a slight hint of regret the next morning.

6. The couple who have been doing this for a while

It's more than their old age that signals this couple has celebrated many Valentine's Days.

It could be their lack of cell phone use or the inherent silence between the two of them, but something just screams, "We've been together over 30 years and this is the latest we've been out in a long, long time."

Whatever it is, it's reassuring that people are able to stay together that long without getting on each other's nerves... at least when out in public.

So enjoy your gawking for now. These couples could be you and your SO one day!