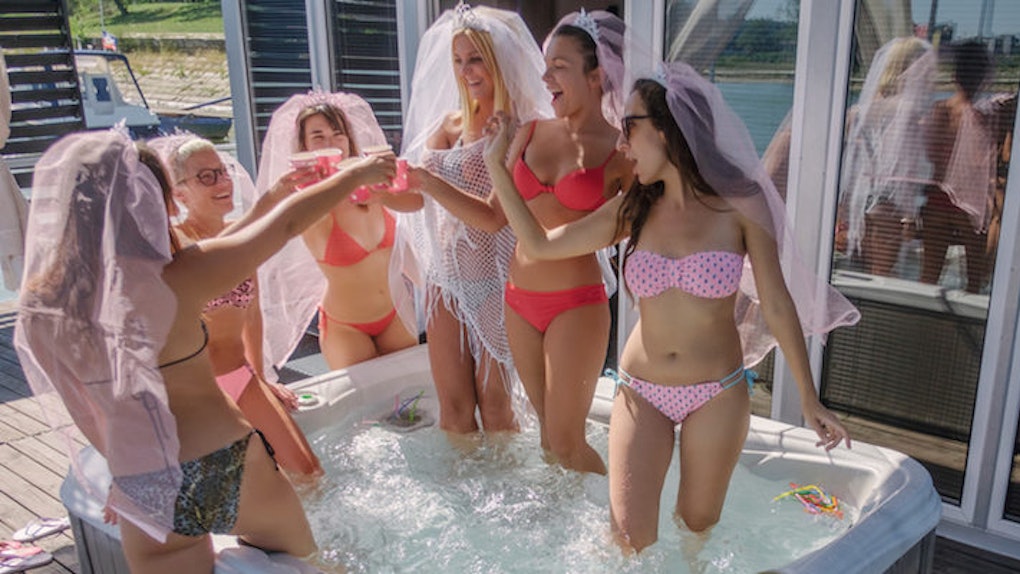 Bridesmaids Admit Why They Quit A Wedding Last Minute

Being a bridesmaid can be one of the coolest honors any women take on in their lives.

Ultimately, you're supposed to be part of the bride's squad of fearless gal pals who will do whatever, whenever, to make sure the bride is happy and stress-free on her wedding day.

But while it sounds like an easy task to do, being a bridesmaid can feel like a full-time job sometimes, with the same boss from "The Devil Wears Prada" (depending on how much of a bridezilla your dear friend morphs into).

But even if you say yes to being a bridesmaid, it doesn't mean you can't decide to say no one day.

Some bridesmaids pull out months before the wedding, while others might wait just days or a week before.

Here's why these six ex-bridesmaids decided to quit a wedding at the very last minute:

1. The bride asked me to lose weight.

My good friend from childhood became the ultimate bridezilla before her wedding. First, she asked us all to get eyelash extensions the month of her wedding and get our hair highlighted. (It was, like, really insane.) Then, the week before her wedding, she texted me saying she'd love for me to do a juice cleanse. When I asked her why, she said she wanted all skinny bridesmaids. That's when I flipped out and said, 'I can't do this for you anymore.' I still went to the wedding and ate my pretty little heart out.

I'm in nursing school and being a bridesmaid at the same time was seriously killing my grades. I was constantly having to do stuff for my friend's wedding, and I wasn't even that close to her. The week before the wedding, when the bridal shower and bachelorette party were happening, I had a big test I had to study for. I told the bride I couldn't go to her events, and she told me I was being selfish. I didn't think I was. We got into a fight, and it ended with me returning my bridesmaid dress and spending the week studying and not partying on her behalf.

3. The bride was making me sick.

I actually got the flu the night before my best friend's wedding. I couldn't even attend as a guest! I blame it on her. She had her bridesmaids working overtime for her before the wedding. I was at her place every night, making trips to Target and helping her get everything she needed. She waited last minute to do everything, and then, I got sick.

4. The whole thing was too much drama.

One of the other bridesmaids was too pregnant and quit. Another bridesmaid just stopped showing up to wedding stuff and quit. Then, I quit because everything was put on me. It was so annoying. I know I should have sucked it up and just tried to do it, but seriously, I was so stressed and over the drama. I have, like, two friends that are girls, and the rest are guys. That's for a damn good reason.

I quit my friend's wedding party because I wasn't given a plus-one. I was dating my boyfriend, at the time, for like four years, but she didn't invite so she could save money. It was just so rude because I spent so much money on her and her wedding. She promised me that if not a lot of people RSVP'd "yes," I could bring him. The week before her wedding, I asked again, and she said no. So I said no to being her bridesmaid.

6. I had to go to Paris Fashion Week.

My boss called me the Tuesday before my cousin's wedding and told me I had to go work at Paris Fashion Week for our company. No excuses. I couldn't lose my job, so I went. My cousin was down a bridesmaid and was pretty mad at me for a pretty long time about this.