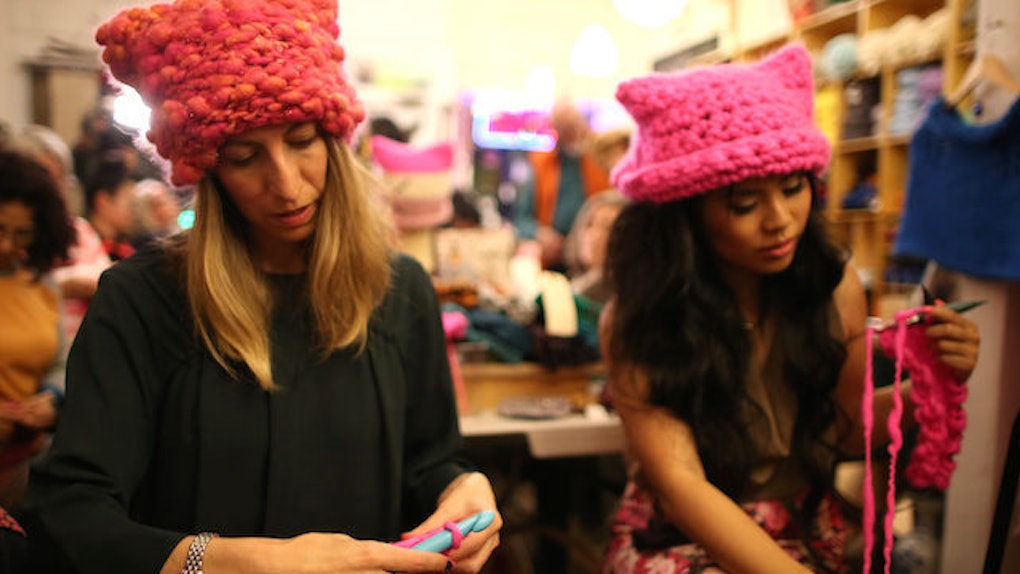 How To Give Back To Women's March On Washington

This past election cycle had a big impact on Americans, especially women.

And most of us women are concerned about our futures in Trump's America.

Though the election results aren't going to change, and Trump's inauguration is coming whether we like it or not, there are some things we can do to make our voices heard.

The Women's March on Washington will be one of the biggest marches in the history of America, and I'm sure you already know why.

With over 250,000 RSVPs on Facebook, women all over the country are ready to stand up against Trump's rhetoric against women.

From bragging about forcing himself on women to multiple sexual assault allegations and passing off sexual comments as "locker room talk," Trump has proven to women we need to fight back in a major way.

The march isn't just about Trump, though. It's also focusing on major women's issues that just aren't being talked about enough in today's society.

Of course, not everyone can make it to Washington on January 21, but that doesn't mean you can't give back to this very important cause.

Here are six ways you can support the Women's March on Washington without actually attending:

Washington isn't the only area having a physical march.

If you check the official Women's March Facebook page, you will see the links to marches in other states.

Check and see where your locations march is. The main protest in DC is important, but so are all the smaller marches.

This cannot be stressed enough.

Organizations such as Planned Parenthood are under attack right now. Sign up to volunteer with PP or other places involved in the march, such as including Amnesty International, Human Rights Watch and the NAACP.

Donate your time or money, whatever works best for you. Or, help them by spreading the word on the importance of these organizations.

Many feminist apparel and accessory companies are donating their profits to the Women's March or other women's organizations.

So, it's a win-win. You get new items to express what you believe in, and you get to support an important cause.

The Women's March even has an online store operating right now, so check it out. Treat yo'self in the name of women's rights.

4. Donate to the Women's March.

You can also just straight-up donate to the march to help fund the different expenses.

This can be done at the Women's March Crowdrise page, which has already raised over $1.6 million.

I know we all have tons of expenses to cover, but maybe skip your morning coffee a few times and give that money to this cause.

We elect people into office for a reason. Check out your local officials voting records, and contact them about the issues important to them.

Thank the officials you are proud of, and encourage the others to do more and do better for women.

Take the time to do your research, and vote to put — and keep — the right people in office.

Don't be afraid to be an activist. Nobody made change in the world without standing up for what they believe in.

Share and post about the march and explain what other people can do to make an impact.