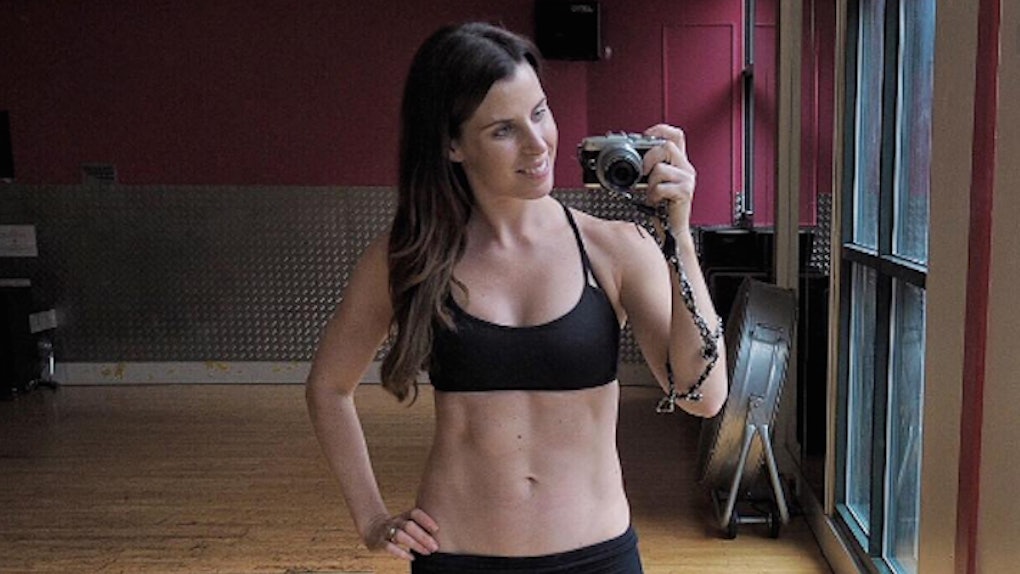 Posture Can Completely Change How Your Abs Look

Your body is always in flux.

On any given morning, you might wake up with totally flat abs. By 9 am, however, your stomach may bulge into a situation that looks right out of “What To Expect When You're Expecting.”

No matter how your tummy might look, its general fluctuations are all part of having a body that's constantly digesting and changing.

Fitness pro Carly Rowena recently took on this same subject, posting a video to show that the way your abs look really depends on the way you stand.

In a short clip posted to Instagram, she stands with her stomach tightly held before pushing it out the way you might to demonstrate a particularly onerous food baby (or, you know, a Chipotle burrito).

[I]n truth there is no such thing as perfect but there [are] such things as beauty, it comes naturally and has nothing to do with appearance but heart. I've wanted to film this little body video for awhile, you can [pull your stomach] in, push it out or relax, all looks are the same and neither one more healthy.

After months of attending ab bootcamp regularly and watching your diet, it's frustrating to see the same stomach in the mirror. In truth, learning to stand with correct posture can do quite a bit for your visible six-pack.

Instead of pushing your butt back, try tucking the tailbone and stretching your spine straight up through the top of your head. Imagine there's a puppet-like string pulling you upward.

Standing actively instead of allowing your body to slump means a flatter stomach and bigger-looking breasts. You might even seem taller.

In September, Madalin Frodsham explained why eating more calories actually gave her a better body, while Kelsey Wells showed off the honest benefits of a body that weighs more because of defined muscle.

We've even seen ladies like Jen Widerstrom and Anna Victoria show off their muscular bodies at bad angles, just to prove how much of a difference a flattering image can make.

Before you start to feel discouraged about the way your body looks, remember: It might just be the way you're standing. Straighten up.

Citations: The Reason You Need Good Posture If You Want Defined Abs (SELF)