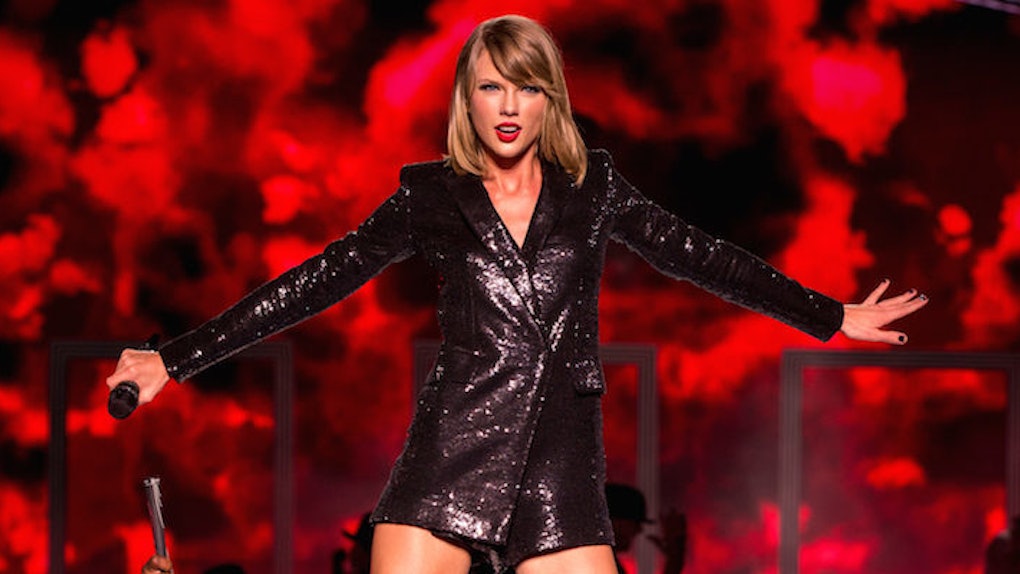 Taylor Swift has a rocky past when it comes to relationships.

In 2008, we saw her mourn the loss of then-boy band superstar Joe Jonas. Then, she had her heart broken by older men. Jake Gyllenhaal was too overwhelmed by her superstar fame, and John Mayer acted like a straight-up douche. He left her crying in her dress the whole way home.

Then, Tay set her sights on younger flames. But, alas, Harry Styles was too preoccupied with leggy models to give Taylor the attention she needed.

Dating a Kennedy was all fun and games when she was chilling poolside with Ethel. But, once Taylor realized her boo only wanted to play Xbox and drink Keystone Light, she had to move on.

After all the pain and media scrutiny, it seems our girl has finally found love with the tall, Scottish drink of water that is Calvin Harris.

Still, you can't go through that much boy drama without major relationship knowledge. In fact, Ellie Goulding, Florence Welch and Ed Sheeran have all praised the pop star for getting them through tough breakups.

If you find yourself contemplating relationship drama this Valentine's Day, trust in Taylor and you'll be OK.

When you try justifying getting back with your cheating ex.

When you make excuses for why you shouldn't be with that cute guy from Tinder.

When your best friend flirts with someone you used to date and you're freaking out.

When you've waited hours for some f*ckboy to call you back and you're slowly losing your mind.

When your SO tries to play alpha male in the relationship, and it's not OK.

When you're afraid to own up to your girl boss status in a new relationship.

When you see something that reminds you of your ex.

When your work crush has no idea you exist.

When you're contemplating dating a person who makes less than you do.

When your new flame wants you to meet the family and you think it's too soon.