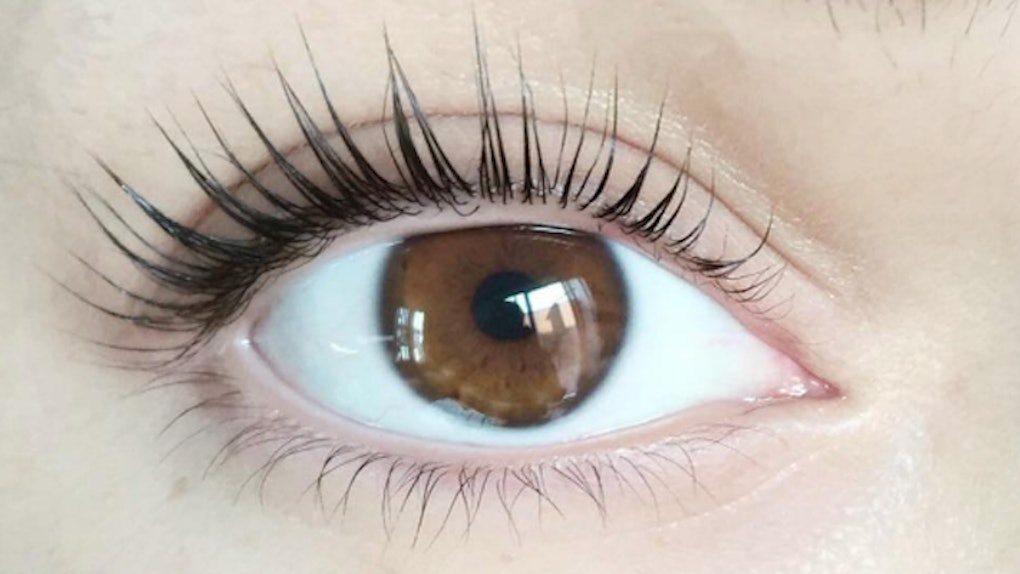 For creatures with highly developed brains, we spend an awful lot of time agonizing over the hairs around our eyeballs.

When you put it like that, it seems clear that luscious eyelashes are actually a really minute part of our existences.

But, speaking as a woman who spends multiple minutes a day applying goop black stuff to my separate lashes, a good eye day really makes me feel confident. In a professional setting, bright eyes say "I'm awake and ready to pitch my best idea. I definitely did not sleep on the subway this morning."

Ever wonder why women look generally more lively and engaged than their male counterparts? (Important note: I have no factual evidence to back up that claim.) It's because they've curled and primed and glopped on product.

But, women are starting to turn to an alternative: A lash lift, which is basically a pushup bra for your eyeballs. Without, you know, the straps or Victoria's Secret-style advertising.

The combination curling process and tint produces incredible, natural-looking results, as long as you're careful about where you're getting it done. Not all tints are created equal.

According to Sugarlash, the process should take just about 45 minutes and leave you with perfect eyelashes for up to two months — no extensions or fillers needed.

A tech applies a special “nourishing” solution to eyelashes, which take the shape of specially-fitted curved shield pieces pressed against them. Some techs even offer a Keratin Lash Lift, designed to strengthen your weak lashes.

Both Kardashian makeup artist Hrush Achemyan and English socialite Tamara Ecclestone swear by the treatment (the latter actually flew her technician all the way to London for it).

After the eyelashes are shaped, they're tinted.

The result is reportedly the most natural way to bigger lashes, not just lashes that look as if you've slept in falsies.

Multiply all those minutes you're not curling or applying mascara, and that's probably enough time for an extra 30-minute nap once a month. Done and done.

Even the great makeup artist Lisa Eldridge swears by the treatment, which curls lashes more naturally than perms do.

So, what's the damage on a new outlook on life? Sugarlash estimates the treatment will run you $75 to $125, while a Yumi Lash Lift will be just under $100. Not cheap, to be sure, but I'd rather pay than stare at my eyelashes every single day in frustration.