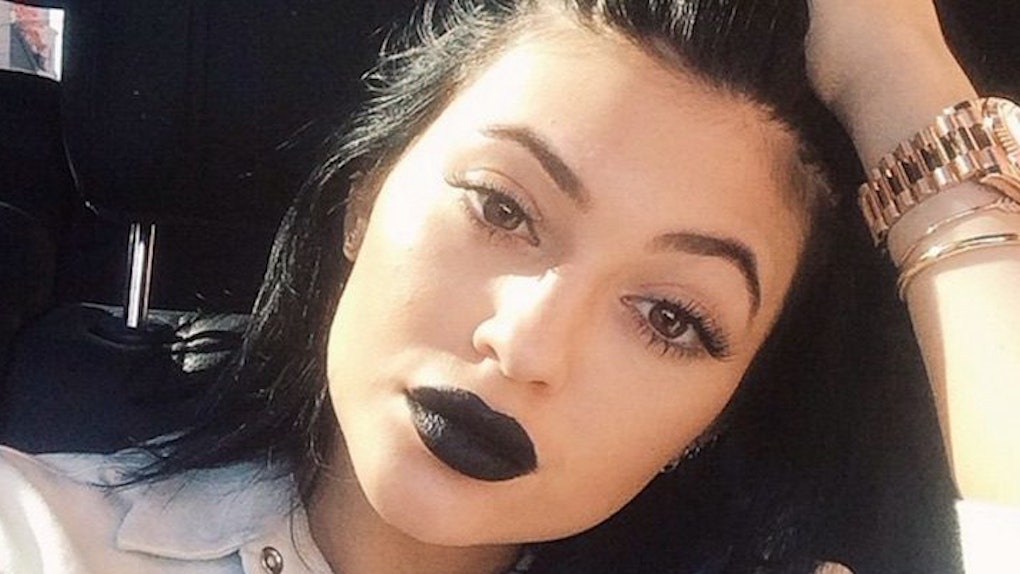 Here's How Other Brands' Lipsticks Measure Up To Kylie's Lip Kits

For those who don't know, I'm kind of the big kahuna when it comes to bitch lips. Black lipstick is kind of my thing, as is winged liner and saying decidedly un-PC things.

When Kylie released her Dead of Knight (ugh, the name annoys me so much) Lip Kit, I knew I had to have one. I placed an order immediately, and lo and behold, one arrived in a pretty black box last week.

Like all Kylie Lip Kits — I have two others, Koko K and Dolce — Dead of Knight is legit. It doesn't budge, and it goes on dark as, well, night. Shocker.

As much as I like it, I can't say it's unique. Black lipstick has been around for a while, and it's been gaining more traction this summer. Black lipstick is about as ubiquitous in a lipstick wardrobe as a poppy red or a pink.

After tons of research, makeup wipes and Kylie posing, I was able to find two cheaper (and arguably, better) dupes. You also don't have to go through 12 stages of grief to try and get your hands on them.

Katy Kat Matte Lipstick by Katy Perry ($7) is inexpensive, but not quite as pigmented.

Of the bunch, this was the cheapest and also, in my opinion, the most wearable.

Unlike Kylie's Lip Kits, this lipstick is actually moisturizing. Like, I didn't feel like I stripped my lips in any way.

The only downside is, the color was not as deep black as Kylie's. It was more of a blue-based faded black, which made my teeth look whiter, but took multiple layers to apply.

If this wasn't so hard to apply (it comes in a tube, and a lip brush has to be purchased separately), this would be my OG black lipstick. It's rich, it's creamy, it's black as night somewhere there are no street lights and it's half the cost of Kylie's Lip Kit.

Better yet, this stuff will last forever. Because it's so densely pigmented, you only need to use a tiny amount. So, it will literally be in your lipstick drawer for years to come (or until it expires, anyway).

But was the Kylie Lip Kit worth it?

All Kylie-related bullshit aside, I think this is actually a decent product, depending on how you use it. The thing is, those Lip Kits are super matte, which translates to super dry. That's even more of an issue when you're dealing with such a dark AF color.

The good thing is, it's super pigmented and easy to apply. It also stays on forever and ever. (I was still scrubbing bits and pieces off the following day.) The drawback? The $30 cost for one isn't something to laugh at. It's also drying as hell, but most dark shades are.

The verdict? You don't need to splurge on a Kylie Lip Kit, especially if there are cheaper dupes out there.