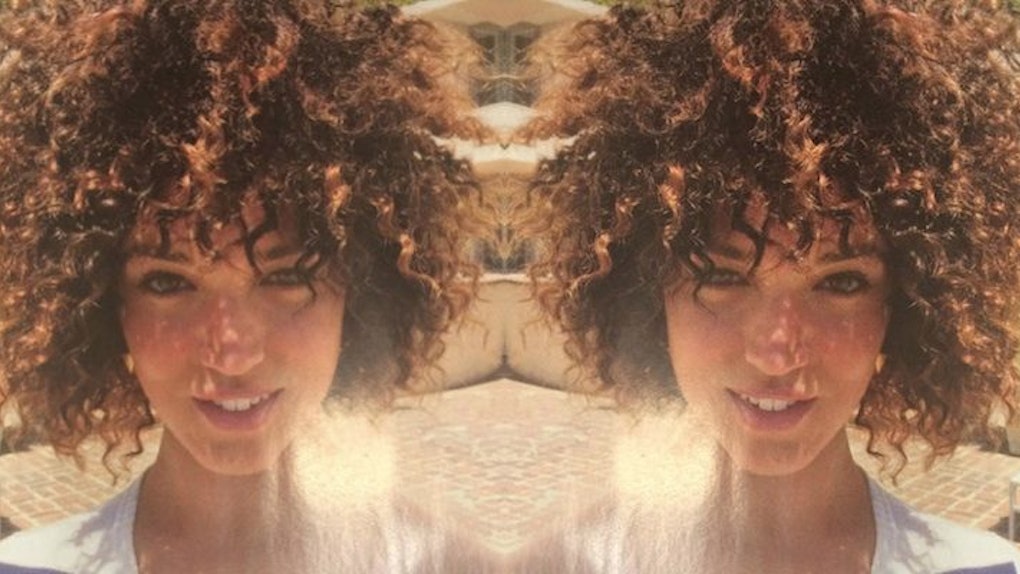 This Is Everything That's Wrong With A White Woman 'Afro Tutorial'

Let me preface this by saying I actually love Allure magazine's featured hairstyle.

That's right. I f*cking love it! Though I don't manipulate my locks in the same nonsensical step-by-step way Allure suggests, it's a curly style I often rock when humidity takes my natural tendrils to task.

But that's where the love begins and ends, folks.

Let me drop some science about black hair: There are entire award-winning documentaries about it. It's rich with history, complexity, deeply rooted pain and breathtaking beauty. And it's completely ours.

For centuries, black women have doused their hair with scalp-burning chemicals and European weaves, straying far from our natural pattern, because we were taught our tightly coiled kinks were “too hard to manage” or “not as beautiful” as loose, wavy, straighter hair.

I'd be lying to say I didn't sip from the same cup of Kool-Aid before going natch two years ago.

Recently, however, as natural hair has gotten more explosively popular, being praised and accepted beyond black salons and black hair mags, non-WOC have taken credit for it and made it trendy.

That isn't to say women who aren't black can't wear braids, cornrows, curls. Come on, of course they can!

We just ask you don't take our features without crediting its God-given source.

So what about it upsets me, you ask? There's so much sh*t seriously wrong with such a misguided “Afro Tutorial” I pray clarity doesn't escape me as I break down its ills.

They used a white woman.

For years, the debate has raged on about inclusion of white hair into natural hair discussions, especially when debating curly manes of Latino women and others. But that's an entirely different article, TBH.

I could never be ignorant enough to say some white women weren't born with naturally thick curl patterns. I have enough Jewish and biracial friends to know that's not the case. But I also know better than to sport untamed curls, snap a selfie and post #JewFro in an IG caption.

So, to read Allure's “Afro” headline alongside a white woman's face is completely jarring, which brings me to my next point...

There are no black women in a 70s-inspired hairstyle package.

You needed a huge, curly style that was hot in the 70s?

My contacts list is brimming with hair models who could've gladly posed for Allure's spread. Ones who don't need three-inch cotton T-shirt strips to achieve a loose, curly look.

And you're telling me the only recycled retro-era styles were worn by white women? Even an afro? You're kidding me, right?

It's possible there aren't enough WOC in power at Allure.

There are levels to this journalism sh*t.

The fact that this misguided and mildly racist feature slipped past all Allure's editors leads me to believe there aren't enough black women making decisions there or writers penning from an un-whitewashed perspective.

Columbia Journalism Review recently asked, "Why aren't there more minority journalists?" My answer? Not really sure. But they're desperately needed at Allure.

The misguided definition of an afro.

You want to know what a real afro is. Google "Angela Davis" -- that's it. And nope, it can't be duplicated if you're not born with it.

What's more, there's a grand misconception that black hair is one distinct way, that all of us sport 4a hair types, once we take our weaves out. Allure added nothing but flames to that misleading fire.

Featuring a "loose" 'fro without using a black woman is insinuating a WOC's hair can't transition from straight to loose and curly. The versatility of black hair is vast and should be appreciated for more than appropriation purposes and fictional beliefs.

Bottom line: Allure's article sliced like a slip of Kelly Osbourne's tongue, not purposefully egregious but riddled with irresponsibility that's hurtful and can't be overlooked.

And I can only hope, dear readers, you understand why.