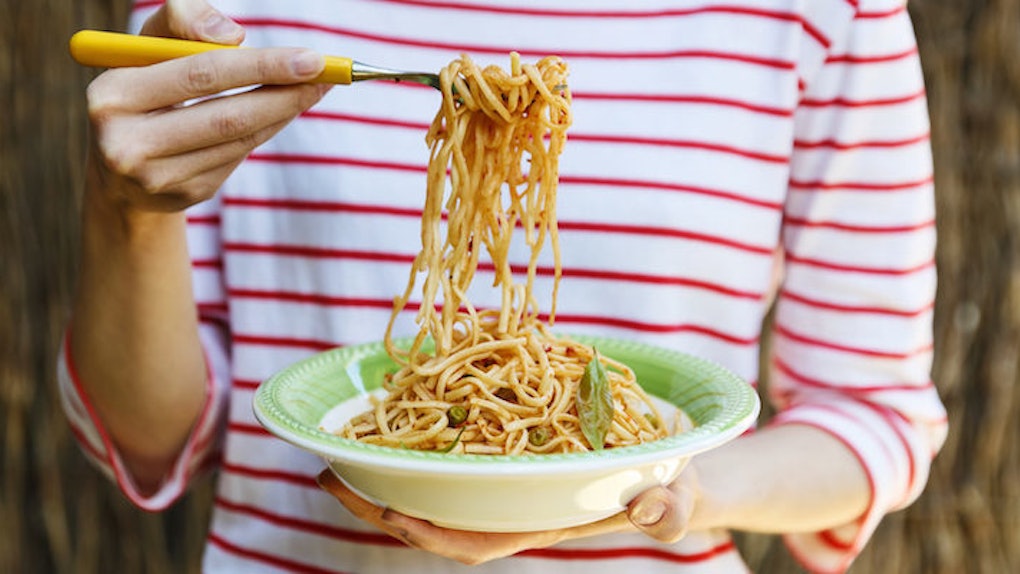 Time To Celebrate! You Can Eat This Group Of Carbs Without Gaining Weight

There's a lot of debate over which diets are the best for losing weight.

I've always been taught the secret to staying slim is cutting carbs out of your life, so over the years, I've basically avoided bread and pasta like the black plague.

However, I'll admit that every time I pass up a flour-filled cookie for a sad, shitty piece of kale, a little piece of me dies inside because, let's be real here. Carbs are basically the most delicious food group on the face of the planet.

If you also happen to have a serious love-hate relationship with carbs, I have some good news for you.

It turns out our beloved carbohydrates may not be diet enemy number one after all!

Remember when we showed you the study that found eating pasta and being fat had nothing to do with each other? DO YOU REMEMBER THAT BLESSED DAY?

Well, if the thought of guiltlessly stuffing your face with spaghetti made all of your carb-filled dreams come true, you'll be glad to know there's a few more starchy foods out there that won't sabotage your diet.

Refined carbs, such as those found in baked goods, are often deemed as unhealthy due to the fact they are quickly absorbed by our bodies and often stored in the cells as fat.

Resistant starches, on the other hand, get their name because they resist digestion and are therefore digested by the body at a much slower rate.

These special carbs skip over the small intestine where food is normally digested, and instead go straight to the large intestine, where they are broken down into short-chain fatty acids that are used as energy by the body.

Now then, you're probably wondering how you can easily add resistant starches into your diet.

Well, it's actually pretty easy, considering the fact you've probably already been eating a lot of these carbs without even realizing it.

Your leftovers can also be a pretty good source of these carbs.

Certain starchy foods like pasta and potatoes develop resistant starches when they are cooked and then cooled in the fridge.

Cooking the carbohydrate starch alters the chemical bonds in the food. The ensuing structure of those bonds during the cooling process is what makes them resistant to then being digested in the small intestine.

In October 2015, Arciero and his colleagues conducted a study in which they served 70 women four different types of pancakes.

The researchers used a special device to measure the amount and type of calories burned by each woman for three hours after each meal, and found those who ate pancakes contain both resistant starch and protein burned more fat.

After you eat a meal that's principally carbohydrate, the fact that your body can burn a greater percentage of fat as its energy source is very unusual.

While scientists still haven't determined if this type of carb will actually make you lose weight, the study suggests resistant starch may be the key to having your carbs and staying skinny, too.

Citations: Eat This Carb and You Won't Gain Weight (TIME)