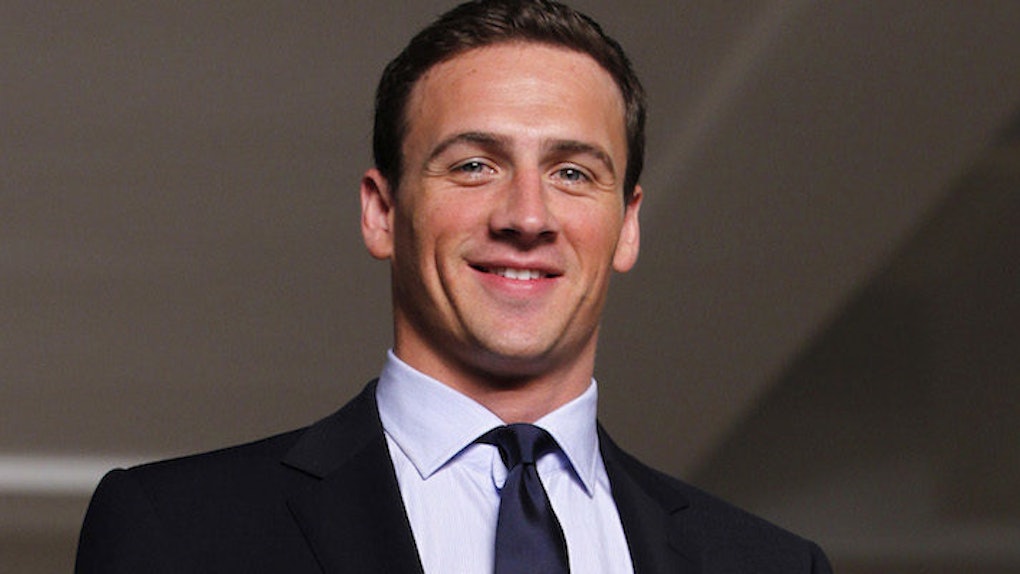 Ryan Lochte Lost Speedo, But He Has One New Endorsement Offer -- For $10 Ties

All hope is not lost for Ryan Lochte.

Sure, he may have gone back ten paces after he was dropped by Speedo and Ralph Lauren after his Rio "robbery" scandal -- but every cloud has a silver lining.

A major endorser has stepped forward to back the swimmer.

It's Bobby Cohen from Bobbyties.com.

What do you mean you haven't heard of them? They boast "the best $10 tie on the planet," for goodness sake!

According to USA Today, the businessman, who's ready to sign Lochte as soon as tomorrow, said,

I just think there's been a rush to judgment with respect to Ryan. I'm not an attorney, but I don't think he did anything criminal. I see Ryan as a blue-chip stock that has gotten whacked over the last week, but maybe I get to buy Ryan on sale.

But don't all the Olympic lies put Bobby off? No. Here's why:

They're young guys, I know he's in his 30s, but he was in the moment. This is the United States. I think everyone, I mean everyone, deserves a second chance. I feel strongly about that. I hope they get back to me.

Lochte's endorsements began to drop like flies in the wake of that robbery lie he told.

I hear about that, and it stinks. Speedo was great to me, they were like a second family throughout my swimming career. I guess it's a new chapter now.

At the time, Lochte also addressed the rumored suspension expected to be handed down by the USOC, saying,

However long my suspension is, that the USOC says, I'm going to get back in that water and keep going. I think I would [continue to] swim just because I love the exercise. I love being in the water, and I would definitely go and start working with kids; teaching them things that I've learned throughout my swimming career.