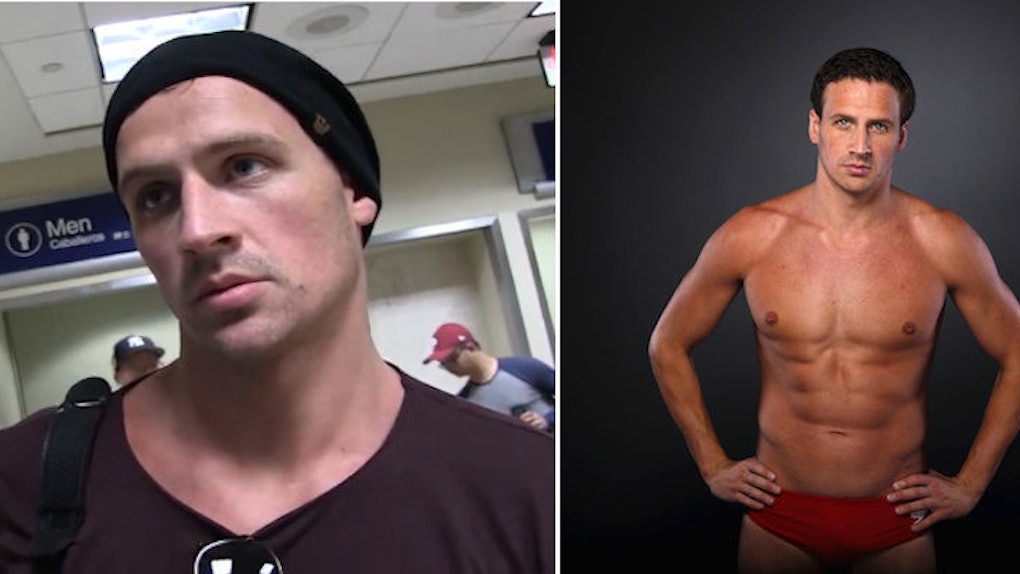 Ryan Lochte Speaks Out About Getting Dropped By Speedo

Well, it's all over, folks.

Monday, August 22, Speedo USA reportedly ended its sponsorship of US Olympic swimmer Ryan Lochte after the madness that ensued at the 2016 Summer Olympics in Rio.

Lochte reportedly lied about being robbed in Rio after a night out on the town, which has resulted in embarrassment, shame and, of course, sponsorship loss.

TMZ caught up with Lochte to get his thoughts on everything that's gone down this past week, including the loss of his sponsor and "second family," Speedo.

Speaking on the loss of the swimwear brand, Ryan Lochte said,

I hear about that, and it stinks. Speedo was great to me, they were like a second family throughout my swimming career. I guess it's a new chapter now.

Lochte also addressed the rumored suspension expected to be handed down by the USOC, saying,

However long my suspension is, that the USOC says, I'm going to get back in that water and keep going. I think I would [continue to] swim just because I love the exercise. I love being in the water, and I would definitely go and start working with kids; teaching them things that I've learned throughout my swimming career. I have so much love and passion for the sport of swimming that I just want to make it bigger.

As far as the reported excessive drinking that got Lochte into this situation in the first place, well, he mentioned that, too. He told TMZ,

It's definitely something I'm going to have to be more responsible about... Everything that happened in Rio. I'm definitely going to learn from it. We're human, we learn from our mistakes.

First of all, keep Ryan Lochte the hell away from your kids, people. Is this really the role model you want around the future of America?

Making a mistake is one thing, man, but compounding that idiotic mistake with lies is something else. Apparently, Speedo isn't the only company that feels this way.