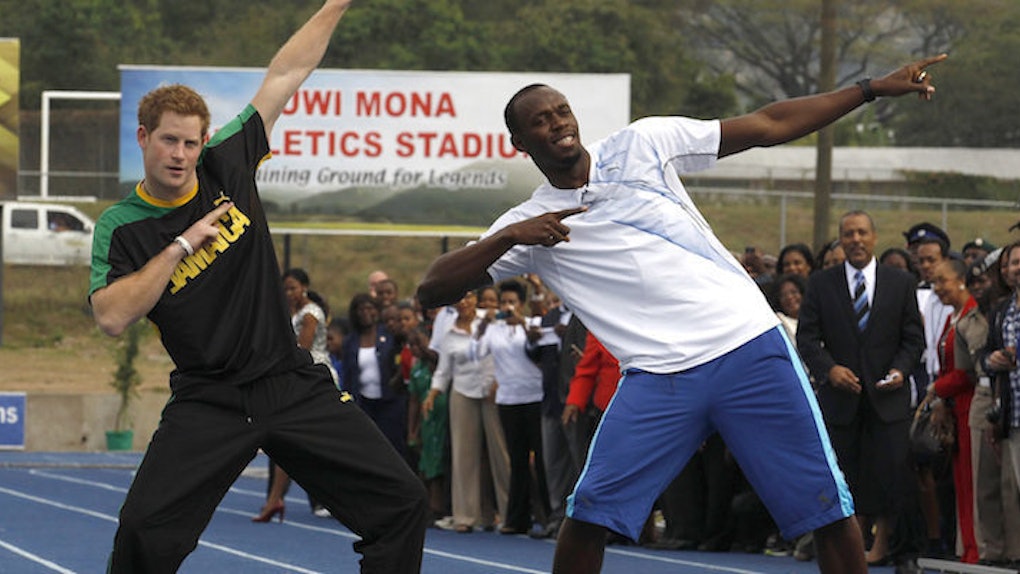 In Rio de Janeiro, Usain Bolt solidified his legacy by winning his third straight gold medal in three different events, each of which was a feat no track and field star has matched in the history of the sport.

At this point, the only thing left for Bolt to accomplish is, I dunno, curing arthritis or learning to fly faster than birds.

But until then, he's settling for just racing British royalty.

On Bolt's 30th birthday (last Sunday), prince Harry used the official Kensington Palace Twitter account (which is, apparently, a thing) to tell Bolt that he was "officially the greatest," which I'm sure Bolt needed some guy named Harry to explain to him.

Prince Harry then suggested they race, and Bolt, who never backs down from a challenge, accepted.

Congratulations @usainbolt - now you're officially the greatest you might be ready for a re-run! Happy 30th -H. pic.twitter.com/Wa0yOZMDc2 — Kensington Palace (@KensingtonRoyal) August 21, 2016

They raced once in 2012, where prince Harry won by cheating.

You just can't trust royalty. (Down with the monarchy.)

Bolt tried to get a rematch, but Harry told him he was "busy." So this race will be one for the ages.

The two seem to genuinely like each other. As Time points out, Bolt even suggested that he'd be down to "party with Prince Harry" after Rio.

He's cool, very down to earth. When you meet dignitaries you think it will be difficult but he just wanted to laugh — it was an honor and a pleasure to meet him,

The only thing I want, in this life, is for Bolt to tell me I'm cool. I'd give my left arm for it. And my right arm. And most of my intestinal tract.

I guess all I have to do is become British royalty.