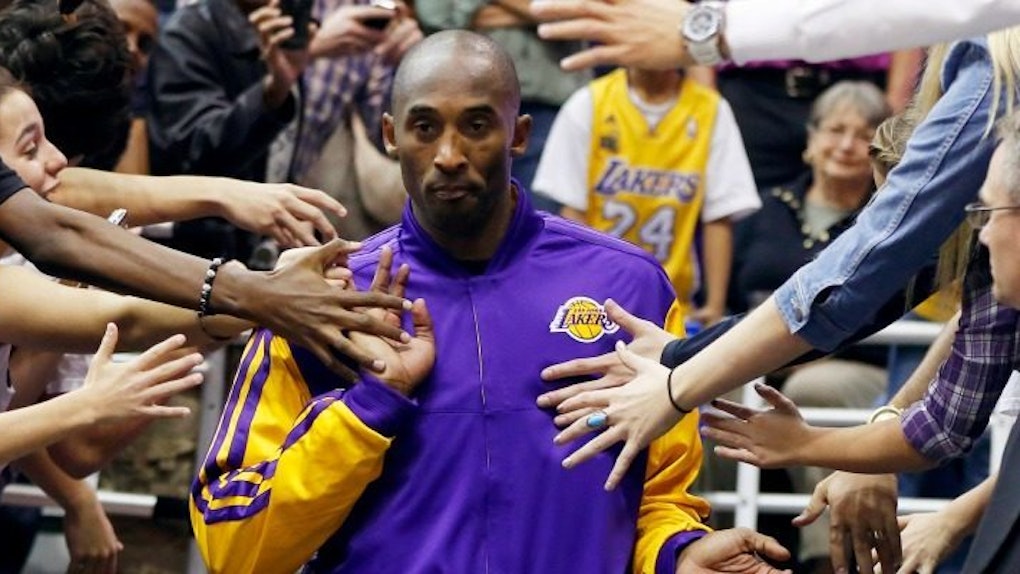 Wednesday night, Kobe Bryant said "goodbye" to the NBA, the Los Angeles Lakers and basketball fans everywhere with the most Kobe-esque performance ever. The Black Mamba dropped 60 points, hoisted up 50 shots and left us with just two words: "Mamba out."

At various points down the stretch of his career, Kobe often looked like a shadow of himself.

No matter where he went this year, his final in an NBA uniform, Kobe was greeted with cheers and tributes rather than the boos and insults to which he had become accustomed.

At 37, he lost the signature venomous bite that made him the Mamba in the first place.

Last night, though, in his final NBA game, we saw the Kobe Bryant everyone but Lakers fans came to hate over the years. One last time, Kobe was the selfish, stylish scorer we almost forgot existed.

But, it's all over now, and we can only imagine the thoughts running through Kobe's head this morning. So, here's an idea of what might be on the Mamba's mind his first day of retirement.

1. Did that really happen last night?

4. I will not Google, "What do retired people do?"

5. Did Barcelona really get knocked out of the Champions League yesterday?

6. My teammates should've passed me the ball more.

7. How good was Rosario Dawson looking at the Bernie Sanders rally in NYC last night?

8. Remember when I tore my Achilles and then made those free throws?

9. Bet they didn't think I'd end my career with an assist.

10. Do you think people will boo me when I run errands?

11. Y'all actually thought I'd share the spotlight with the Warriors?

12. How many points did Michael Jordan have in his final game? Oh, right.

13. Remember when I led the Lakers to three straight NBA championships?

14. Can I talk trash and stick my tongue out at bank tellers and waiters?

15. I wonder what Florida is like this time of year.

16. When does that first social security check arrive?

17. Think they'll make a movie about that 2010 title over the Celtics? I wonder who'll play me.

18. Remember when I dropped 81 on the Raptors like it was light work?

19. How many people have I dunked on in my career?

20. To think I almost played in Charlotte.