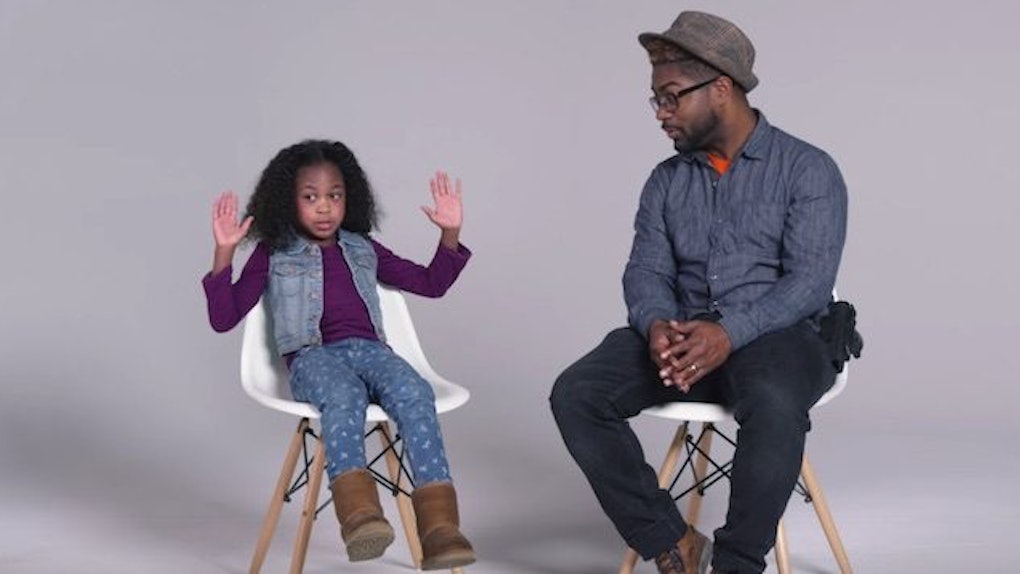 In August 2014, Michael Brown was shot by a white police officer named Darren Wilson in Ferguson, Missouri.  Brown was unarmed. His death resulted in national outcry around the country, but Wilson was not charged for the murder.

Alton Sterling, 37, was shot and killed by a police officer in Baton Rouge, Louisiana. The next day, Philando Castile was shot by the police after being pulled over for driving with a busted tail light.

The police officer shot him while he was reaching for his ID.

And that's not even the beginning.

Reports show over 258 black Americans were killed by US police in the past year alone. Out of those 258 people, 39 were unarmed.

As a result, conversations about dealing with the police often start at a very young age in black families.

A video produced by a company called Cut, "Black Parents Explain How to Deal with the Police," shows the heartbreaking reality of racism in the US today.

The video consists of several parents talking to kids as young as 8 years old about how to react when a police officer stops them, and to remember that even if they've done nothing wrong, the law may not understand that.

The video starts with an 8-year-old reciting the lines her father makes her practice at home, with her hands up to show she has nothing in them:

I'm Ariel Sky Williams. I'm 8 years old. I'm unarmed and I have nothing that will hurt you.

The father goes on to explain to his daughter how he once got tazed and handcuffed at the mall for something he had nothing to do with. He was pushed to the ground, busting his lip and chipping his tooth.

At this, his daughter begins to cry.

Another mother in the video tears up as she tells her daughter,

If he tells you to be quiet, be quiet. Do everything that you can to come back to me.

These conversations have become all too common as deaths by the hands of police officers continue to happen, again and again. There's countless evidence that proves police officers need racial bias training, in order to do their jobs correctly.

As one girl in the video explicitly states,

I forgave them, but they keep doing it to me. It gets harder and harder to forgive them.