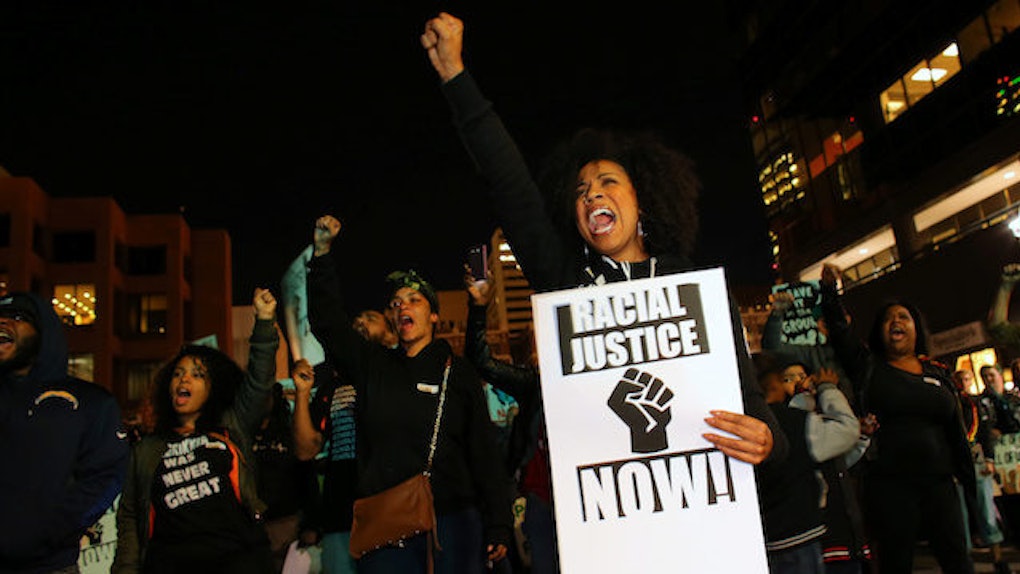 Am I Racist? Your Heartbeat Can Tell You

For anyone who claims they "don't see color" (Why is it usually only white people who say this?), new research shows the timing of your heartbeat can actually increase predisposed racial bias. Meaning, yes, your heartbeat is actually making you more racist.

If the individual was shown the photo during a full heartbeat, rather than in between beats, it was found they were 10 percent more likely to assume the item in the photo was a gun.

There is existing evidence that people are more likely to misidentify objects when held by black people.

Almost remarkably, these findings seem to prove what many black Americans knew all along: racism is real, and yes, even police officers are susceptible to being racists.

Though 2016 hasn't exactly been a shining moment of believing in facts, this research provides hard evidence that racial bias evidence is a worthwhile investment in our police force.

Professor Tsakiris, from the Department of Psychology at Royal Holloway, told Science Daily,

There is much existing evidence to show that people are more likely to misidentify harmless objects as weapons when held by Black people.

The fact this bias exists is well documented, but until now we haven't understood how our heart may influence our head when it comes to perceiving threat in this situation. Bodily arousal plays a significant part in how our brain interprets a situation, and the decisions we subsequently take.

This study piggy backed off of previous research from BSMS, which found that every heartbeat pushed powerful signals to the brain.

The combination of the signals rushing to the brain while being present in a potentially threatening experience, increases the chances of humans perceiving a non-threatening situation as life-threatening.

Citations: Racial bias in a heartbeat: How signals from the heart shape snap judgments about threat (Science Daily)