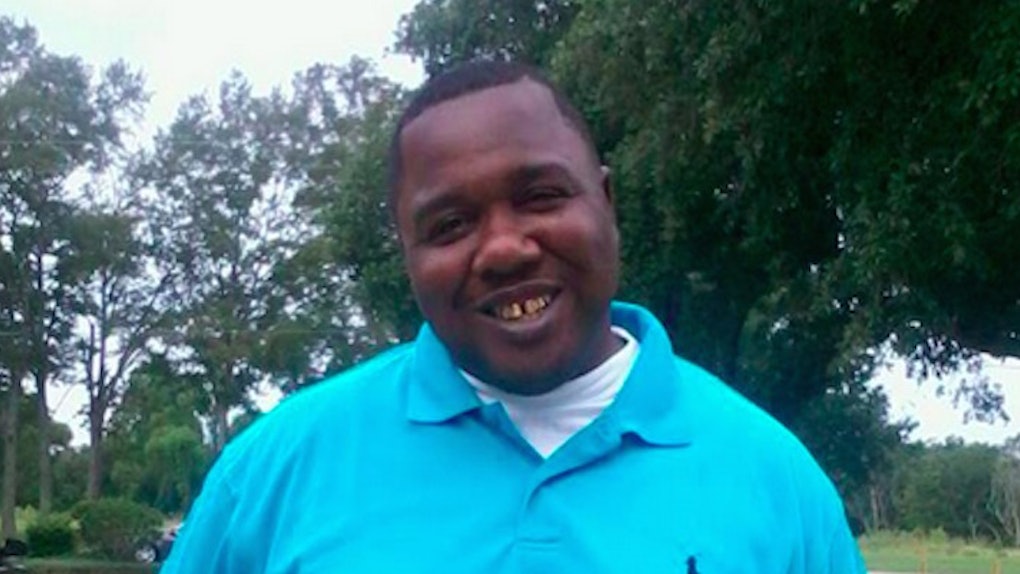 Update, 11:25 am EST: Louisiana Governor John Bel Edwards announced the United States Department of Justice will be investigating the shooting.

Alton Sterling, a black man, was shot and killed in an altercation with police officers in Baton Rouge, Louisiana on Tuesday morning.

He is one of the 122 black Americans shot and killed by the police so far this year, according to a Washington Post count. Sterling was 37.

The Baton Rouge Police Department said in a statement officers were initially called to the scene after a man reported "a black male who was selling music cd's and wearing a red shirt threatened him with a gun."

The video shows two Baton Rouge police officers attempting to detain Sterling. They may have tried to use a stun gun on him, but it apparently did not work.

Audio from the video has the sound of gunshot pops as the person who was filming the scene from a car drops the phone. Someone says, "Oh shit."

Someone in the car asks, "They shot him?" When someone replies yes, the person says, "Oh my fucking goodness."

A woman screams and cries,

They killed this boy.

Warning: The below video is disturbing:

The initial results of an autopsy report that Sterling died due to a homicide and multiple gunshot wounds to the chest and back, according to The Advocate.

The two police officers were wearing body cameras, and the cars had dash cameras. But, the body cameras apparently came loose during the killing, a Baton Rouge Police Department spokesperson said. The two officers have been placed on administrative leave "per standard procedure," according to the police statement.

There were peaceful protests in Baton Rouge on Tuesday night, with some 100 people outside of the convenience store where Sterling was killed, the Advocate reports.

Sandra Sterling, Alton's aunt who said she raised him after his mother died, told The Washington Post she has seen the video.

It hurts me to see it. I can see the picture but I don't want to hear the sound. The sound gets me. It gives me an anxiety attack when I hear the sound.

She called for justice for Sterling's death.

The shooting is currently being investigated by the police, but many are calling for an outside organization to take it over. Sterling was the second person shot and killed by the Baton Rouge police, according to The Washington Post. Calvin Smith, a 22-year-old black man, was killed in February.

The head of the Baton Rouge NAACP called for the police chief to resign or be fired on Wednesday morning, the Associated Press reports.

Alton Sterling had a court record dating back to 1996, according to the Advocate, which included crimes of aggravated battery, simple criminal damage to property and unauthorized entry, domestic abuse battery and marijuana charges.

Sandra Sterling told The Washington Post Alton had "paid his debt to society." He recently got out of jail and was living at a Christian transitional living center.

Sterling's name was trending on social media on Tuesday and Wednesday as people reacted to the news.