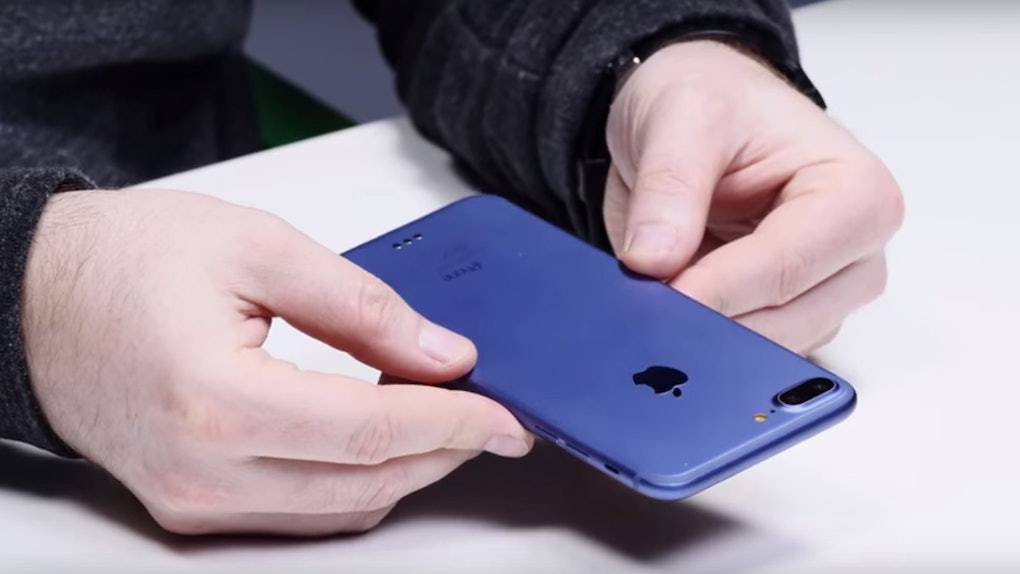 It's getting closer, guys. Only one month to wait until the new iPhone model is unveiled by Apple.

A load of names have been thrown around for the latest generation, but it looks like we'll be lining up to get our hands on an iPhone 7 Plus, not the iPhone 7 or the iPhone Pro as previously rumored.

So, here's the deal: We know speculation about new Apple phones runs rife this time of year.

But we've got something better.

YouTube channel Unbox Theory has taken us through the most comprehensive breakdown of the iPhone 7 Plus yet. The channel got a prototype made, and it's probably the closest we're going to get to the real thing until September.

So, what are the key differences we know about so far?

I'm glad you asked. We'll start with the most important.

It's true. The prototype these guys mocked up has no input for headphones. This is the most widely circulating and biggest change we can expect. Instead, we'd have to use wireless headphones or a dongle.

You'll notice three round dots on the back.

The experts believe this is a wireless interface to connect with headphones, chargers and speakers.

If there's a new iPhone, there's usually a new color. One of the rumored colors for the latest model is this awesome blue hue. We like.

There's also going to be a larger camera, and the shape should be a little thinner than previous models.

The rest will have to wait until the grand unveiling (you have to keep SOME things a surprise).