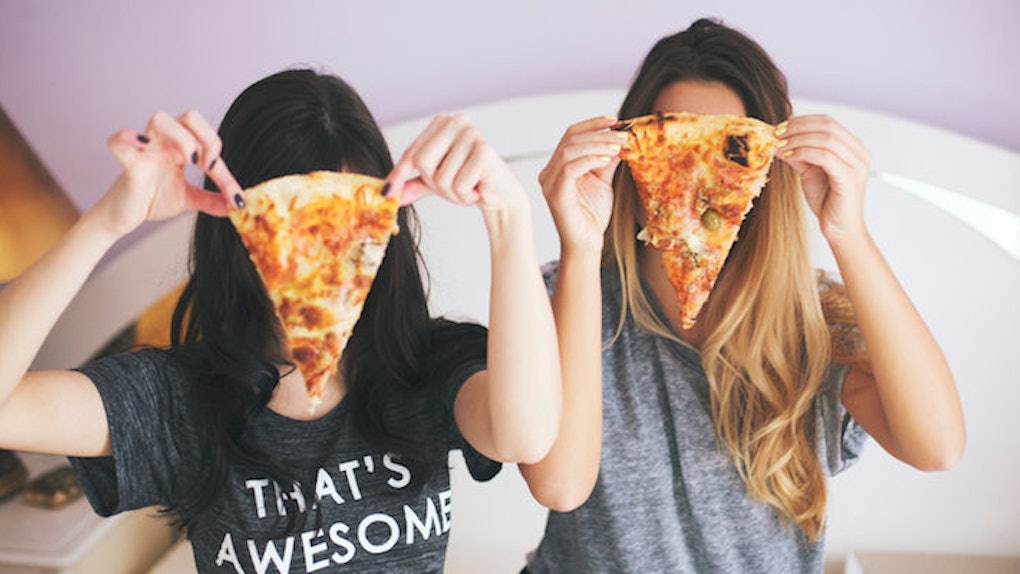 You Can Now Order Pizza On Your TV, So Binge-Watching Will Never Be The Same

There are some things in life that just go together, like salt and pepper, peanut butter and jelly... and my personal favorite, binge-watching television and stuffing your face with pizza.

Yep, there's nothing better than catching up on the latest season of your favorite show while you take an entire pepperoni pie to the face.

However, every couch potato knows how annoying it can be to locate your laptop and place a pizza order right when shit is about to go down in the middle of an episode.

Remember when we told you about that new ordering system from Domino's that let you summon a pizza to your doorstep by simply tweeting a single emoji?

Well, if that tasty technology made all of your couch potato dreams come true, you'll be glad to know Domino's isn't the only company that's enabling our lazy, pizza-loving asses these days.

That's right. Papa John's just launched a new app that lets you order pizza right through your Apple TV, so now you can score your beloved slices without ever having to look away from your flatscreen.

The Papa John's app offers all your favorite foods from the entire menu, including sides and drinks, plus you can even place pizza orders with customized toppings.

In a recent statement regarding the launch of the app, Papa John's president, Steve Ritchie, said,

Apple TV is the only television platform that we've brought the Papa John's ordering experience. We were attracted to Apple TV because of its commitment to innovation and customer experience, two priorities that Papa John's is always seeking to evolve.

If that's not enough to make you explode from pizza-induced excitement, Papa John's is also giving customers a 25% discount when they places orders through the new Apple TV app.

There's basically no reason to leave your couch ever again.