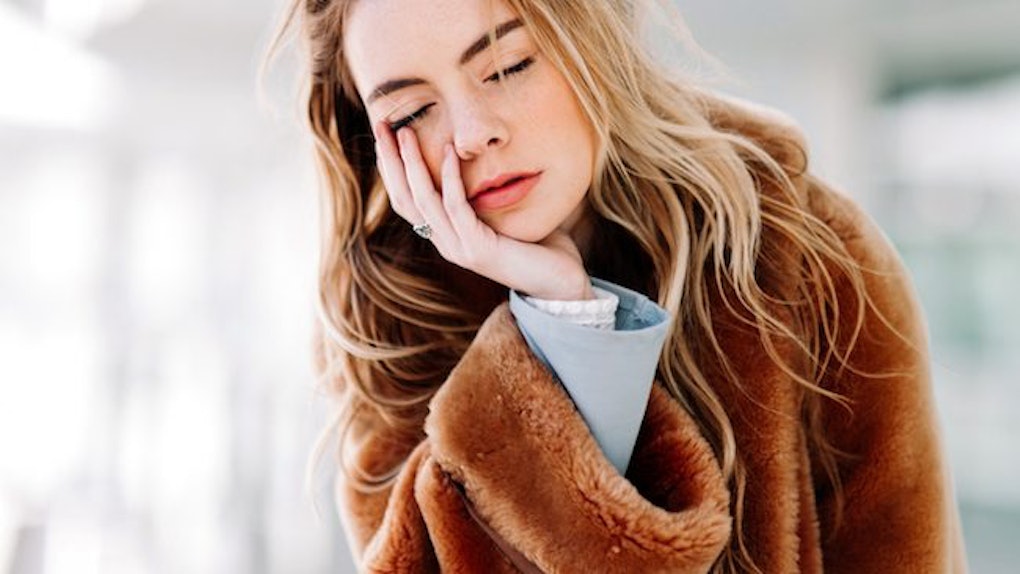 I'm not ashamed to admit that as I've gotten older, boozy nights have started to get significantly more difficult to bounce back from. Where my younger, barely-legal self would've been able to drink a handful of Vodka Crans' one night and head to an economics class the next morning, my present day, 25-year-old self is left nursing a pounding headache after two glasses of wine at dinner. Life is so unfair sometimes. However, Hydrate Now hangover app, a seemingly miracle addition to the App Store, might be the answer to my newfound low tolerance. Here's how the Hydrate Now hangover app works.

Since hangovers are the result of dehydration from alcohol, Hydrate Now works to prevent those terrible next-day feels by repeatedly pinging users throughout a night of drinking, reminding them to sip some water to stay hydrated. Created by Toronto-based developer, 23-year-old Jacob Catalano, the app is purposefully annoying, Cosmopolitan reports.

In an interview with Cosmopolitan, Catalano said that, while there are a host of hydration apps out there, he wanted to create a niche, hangover-specific one. According to the publication, it took him less than seven days to develop. He told the magazine,

I figured the best way to do that would be by sending an almost annoying amount of provocative push notifications that remind you to drink water.

Seems totally genius, right? Hydrate Now is available to download for free in the App Store. Its description declares that the app is "doing gods work" to assist users with the "classic catch 22 situation" (aka forgetting to drink water while indulging in a cocktail or three).

Game? Here's a look at how it works once you've downloaded it.

1. When you're about to start drinking, tap the screen and tell Hydrate Now how many reminders — on a scale of 1-5 — you need throughout the night.

Unfortunately, it doesn't calculate that for you, but "1" will notify you every 100 minutes and "5" ups the ante with notifications every 20 minutes. How badly do you want to prevent that hangover?

2. The push notifications will start rolling in.

Expect your phone to start buzzing with reminders like, "Do you like being hungover? Go hydrate" and, per Cosmopolitan, more cheeky ones like "HAVE A GODDAM GLASS OF WATER."

3. Let Hydrate Now know when the night is over.

Tap the home screen again to let the app know it can cease those constant reminders.

Obviously, the less alcohol you drink, the less imperative it is to hydrate so much. Either way, you'll be able to gloat that you drank more than your daily water requirement, which you certainly won't regret come morning. As Hydrate Now's description wonderfully puts it, "Drinking is great but hangovers suck. You can minimize your hangover by drinking lots of water."

For reference, other Hangover Helpers (from my own personal experience) include coconut water, super greasy breakfast sandwiches, green juices, and ibuprofen. And, hey, if you do wind up drinking a tad too much wine (maybe in your tub if you have the SipCaddy), at least this fab scientific fact exists: Drinking wine can make you more creative.

If all else fails and you're still hungover AF the next day, don't be afraid to dim the lights and curl up in bed to a Netflix marathon. It's the perfect time to finally watch whatever Netflix Original you've been meaning to binge. Need a some ideas? Check out this list of exactly what's new to the streaming platform this month.

While you're ahead, maybe you should download Hydrate Now just in case. Test it out as soon as the booze-filled opportunity presents itself, and get ready for all those notifications!