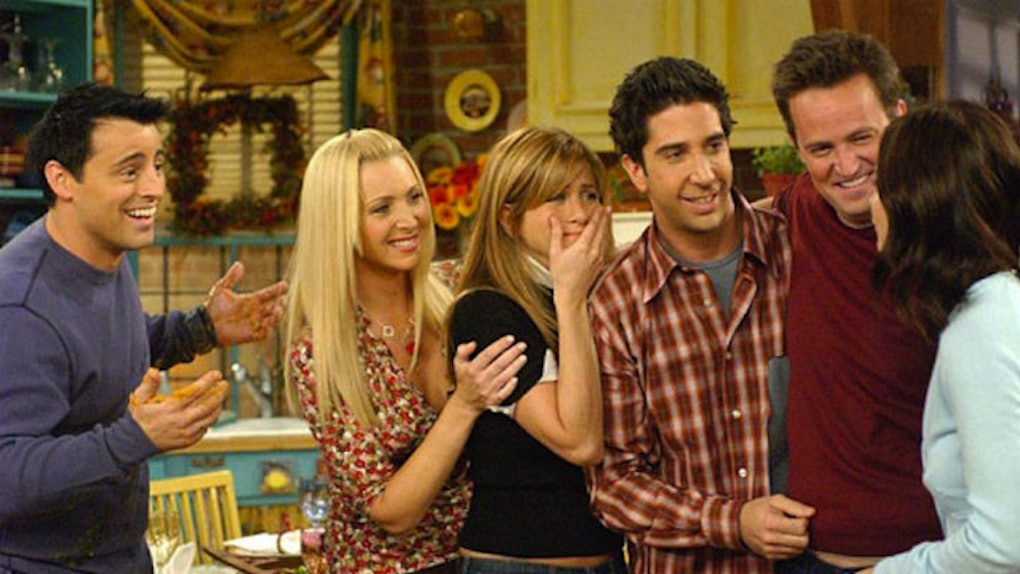 They created Friendsgiving AND the Mannequin Challenge? Are we sure that they didn't also find the cure for polio?

It's official: "Friends" has not only paved the way for so many sitcoms, the show may or may not have started 2016's favorite meme... you know, the one where everyone doesn't move and forgets for a moment the awfulness that is this year.

Don't believe me? Well, first... uh, that's really rude. Don't be such a smelly cat. Secondly, feast your unbelieving eyes on Exhibit A:

That's right, while the gang was trying to keep still so Rachel and Ross' baby Emma could crawl sans distraction, Phoebe entered and basically assumed everyone was not moving on purpose.

Classic Phoebe, am I right?

It's almost as if Phoebe thought that her friends were trying their very best to act like mannequins as part of some sort of challenge?

The episode in which this all went down was "The One With the Boob Job" back in 2003. That's right, "Friends" nailed the Mannequin Challenge 13 years ago. You want to know what I was nailing 13 years ago? Some sick French horn solo in band class.

Since the cast (kinda) started this trend, the Mannequin Challenge has blown the fuck up in epic proportions.

An entire strip club did it, a stadium did it, LeBron James did it (ew, I mean the Mannequin Challenge, not THAT) with Michelle Obama. I mean, when is enough, you know, enough?

I think the next societal challenge for our social media should be one in which we reenact famous paintings a la "Arrested Development."

If there is a God, he needs to set the clock forward to January 1, 2017 and stop the Mannequin Challenge.

Citations: Did 'Friends' Invent the Mannequin Challenge Over a Decade Ago? (ET)