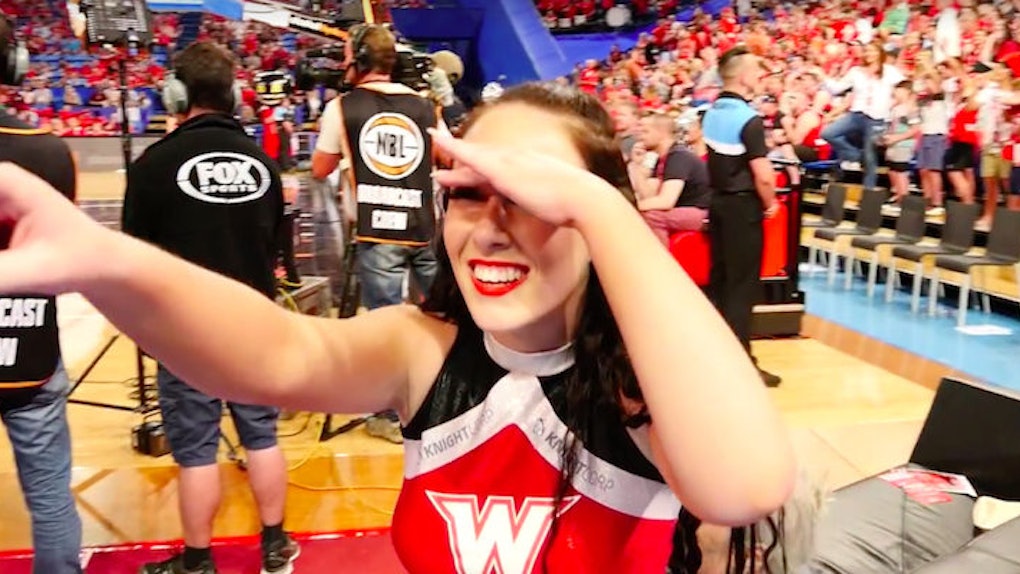 This Stadium's Mannequin Challenge Is Beyond Epic

The most applaudable part of the Mannequin Challenge is that everyone involved somehow musters the patience to not move.

The more people taking part in each video of this somewhat played-out meme, the more I'm impressed.

So far, we've seen LeBron James scoring big time with his slam dunk of a Mannequin Challenge with Michelle Obama.

We've also watched an entire wedding party pull it off.

However, we haven't seen it on the scale of an entire friggin' sports arena like the one in Perth, Australia... until now.

This guy deserves bonus points for his ballsy pose. I... I can award points, right?

Even the TV crew decided to press pause, so to speak.

This mom basically recreated Michelangelo's Sistine Chapel masterpiece so rip up those airline tickets to Rome now. By seeing this, you've already taken the trip (kinda).

You know what this meme needs? Another meme. I thought that if dabbing were to ever be mixed with the Mannequin Challenge, then it would surely mean the end of the world.

This woman having an existential crisis is all of us questioning how this Mannequin Challenge meme came about and when it will end.

When do you think this meme will die out? December? January?

If we can pull off a Mannequin Challenge on Inauguration Day, maybe our country can finally heal.