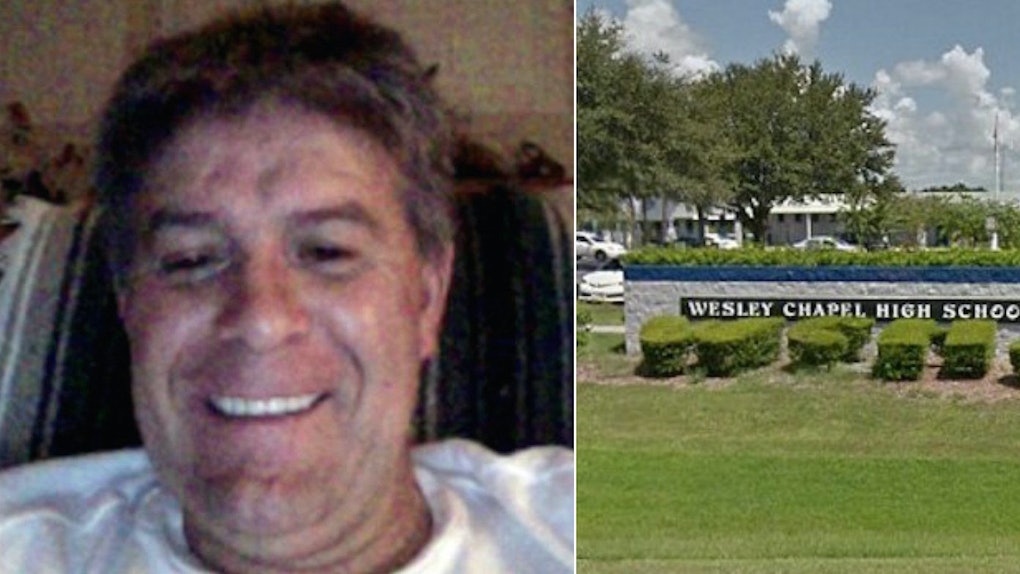 Teacher Tells Black Children Trump Will Send Them To Africa

He has been suspended from his position after allegedly telling a group of black students:

Don't make me call Donald Trump and send you back to Africa.

The comment came to light only after the father of one of the kids posted about it on Facebook. Only then did school administrators get involved.

I believe he's sorry but he's only sorry because he's in trouble.

Sousa has been placed on administrative leave while the remarks are investigated.

If he in fact said that, it's absolutely unacceptable. It exhibits very poor judgment and we will take appropriate action.

As Jones writes in his post, he called Sousa and confronted him.

He actually admitted saying it. He said it was just an off the wall comment and wasn't meant to be racist.

This is a common reaction to people being called out for racist remarks or behavior — saying something overtly and obviously racist “wasn't meant to be racist.”

It's such a ubiquitous response that it's become clear these racist attitudes, and their firm protection in our culture/justice system, are so engrained that the culprits are instantly in denial over how easily they threw out racist remarks.

After all, at this point people must know saying something like this bears a significant risk for them if the remarks ever get online.

And that's setting aside the fact that saying something like that to CHILDREN is pretty traumatizing.

But the thing is, these thoughts are braided so tightly into the culture in parts of this country that the social and professional risks aren't even considered by many.

I believe he's sorry but he's only sorry because he's in trouble.

This incident comes after a sharp rise in hate crimes in the days since the election, and point to a troubling trend of violence and bigotry in this country.

As CNN reports, the Southern Poverty Law Center says there have been 300 cases “of hateful harassment or intimidation” since Donald Trump won the presidency.

'They've been everywhere -- in schools, in places of business like Wal-Mart, on the street,' SPLC President Richard Cohen said.

Since Tuesday, Muslim women have been tweeting en masse about their sudden new fear to wear hijabs in public.

Donald Trump has spoken out against the crimes. In an interview with "60 Minutes" he said:

If it helps. I will say this, and I will say right to the cameras: Stop it.

But few can argue with the fact that it is his own rhetoric that encouraged this sort of behavior.

And considering the fact that he refused to denounce literal members of the KKK who supported him, many would argue this call for people to "stop it" is too little, too late.

Plus, yesterday Trump announced his appointment of Steve Bannon, the ex-head of Breitbart News.

As the SPLC reminds us, Bannon has implied black people are “naturally aggressive and violent” and published articles which claim “rape culture” is “integral” to Islam.

You can read more about Bannon here.