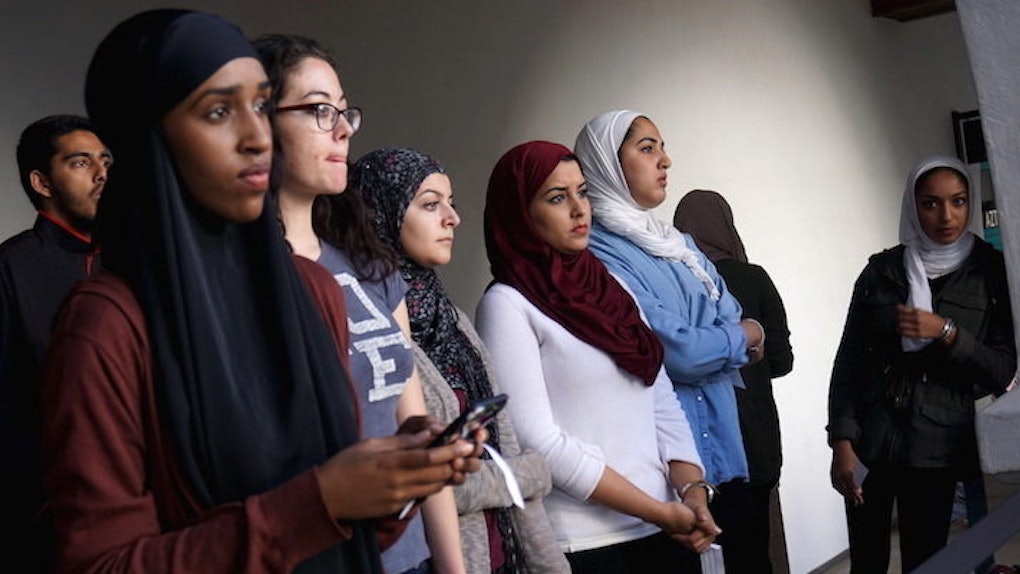 In my opinion, the intangible consequences for Muslims will be more severe and far reaching than the tangible policies President Trump may or may not put into practice.

So what then do I mean by the "intangible" consequences?

Electing a president who has made Islamophobia a pillar of his political brand for years (from the Muslim ban, to his years-long insistence that Obama was Muslim) will naturally lead to a sharp increase in Islamophobia.

And, in short, this increase will have a myriad of serious and long-term social consequences outside of policy.

Of course, both the intangible and the tangible fallout will be — and I do not believe I am exaggerating — catastrophic.

There are clear consequences from this kind of Islamophobic rhetoric being rewarded with the presidency.

But it is the former that causes me the most pause.

After all, it will likely be extremely difficult to impose a full Muslim ban.

In his second debate, Trump backtracked by calling his ban “extreme vetting”:

The Muslim ban is something that in some form has morphed into a extreme vetting from certain areas of the world.

When asked to elaborate on this point by the moderator, he explained it like this:

Raddatz: Would you please explain whether or not the Muslim ban still stands? Trump: It's called extreme vetting.

So, yeah, we really do not know what policy changes will look like because Trump doesn't even know.

But there are clear consequences from this kind of Islamophobic rhetoric being rewarded with the presidency. So these are what I'll focus on.

I see these consequences as follows:

1. An increase in hate crimes

In September, as the New York Times reports, America saw the highest levels of hate crimes against Muslims since 9/11.

The high rate of violence can be tied directly to an increased fear of terrorism and Trump's campaign rhetoric, which certainly stoked the fires of that fear.

Think about that for a second. Imagine if that was any other group.

Islamophobia is so ingrained in this country, statistics like these do not shock us as much as they should.

Today, Muslim women all over the country have been tweeting about how afraid they feel.

BuzzFeed collected a series of Tweets from women expressing their fear of wearing their hijab today.

They can be difficult to read.

Whether or not Trump voters "hate" Muslims is, of course, impossible to say, but what is clear is his supporters have used their vote to appoint a man who makes Muslims fear for their lives.

Brian Levin, director of the Center for the Study of Hate and Extremism at the San Bernardino campus, told the New York Times:

We're seeing these stereotypes and derogative statements become part of the political discourse. The bottom line is we're talking about a significant increase in these types of hate crimes.

2. An increased willingness to take military action against the Islamic community across the world.

When we demonize an ethnicity or religious group, we make it far easier to excuse or ignore publically sanctioned violence against them.

The aftermath of 9/11 is the clear model of this tendency. It seemed absurd or incomprehensible in hindsight that we would react to a terrorist attack on our country by going to war with Iraq, a nation utterly uninvolved with what had happened.

And yet, it was our collective fury and sudden Islamaphobia that allowed us to be convinced that the civilian casualties and fallout of such a war was acceptable.

If you do not believe me, try to imagine if someone suggested we go to war with, say, any country with primarily white people in it. Just think about how unacceptable that would feel.

With Trump's relationship with Putin and his support of Russia's actions in Syria, we can probably expect more aggressive military behavior from America on the world stage.

3. An increase in terrorism.

It is no secret that an increase in Islamaphobia leads to an increase in terrorist activity, especially when that prejudice is sanctioned by the government.

With a Trump presidency, there will be two possible catalysts for the increase in severity and frequency of terrorist attacks, at home and abroad:

1) ISIS could not have wished for a better recruitment tool for new soldiers than the fact that its sworn enemy, America, has just elected a leader who expresses, openly, a wish to oppress their kind because of their religious practices.

2) With increased hostility abroad will come a spike in hatred for America and its people. Collateral damage will increase, and disenfranchised, angry young men will turn to violence for retribution.

As The Huffington Post's Colin Wolfgang reminds us in an article entitled "Fighting Terrorism Starts with Ending Islamophobia,"

The Islamic State did not exist prior to the American invasion of Iraq and Afghanistan, or even five years ago for that matter. There was a governance vacuum in parts of Iraq and Syria that was inevitably going to be filled by a terrorist organization, and the Islamic State used its deft social media skills to recruit soldiers and begin seizing territory.

We have taken a giant step backward. And Muslims, here and across the globe, are going to bear the weight of this for years to come.