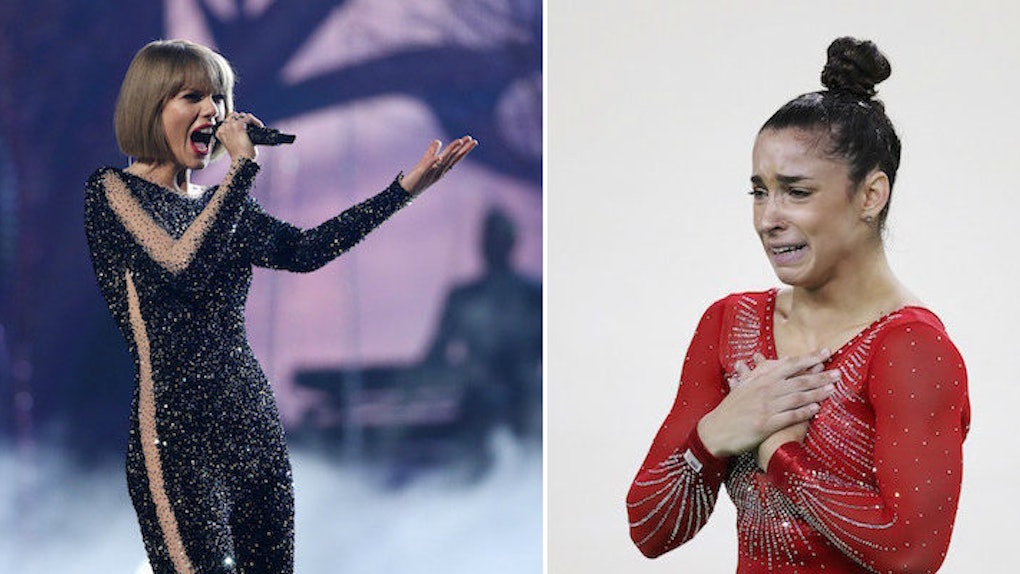 Aly Raisman has been having a hell of a summer.

First, she made it back onto the US gymnastics team, despite haters saying she was too old to do it again. Then, she helped the Final Five win the gold in the team competition at the Rio Olympics.

Raisman went on to get a few of her own medals, including silver in the all-around and a redemptive silver on the floor exercise.

On top of those professional achievements, she buddied up with Zac Efron and got asked on a date by an NFL player.

Yeah, not a bad time to be Raisman.

But there's one more jewel Raisman would like to add to her crown. She would like to be in Taylor Swift's infamous girl squad, according to People.

Swift shouted out the Final Five after they won in Rio:

Sending my biggest congratulations to Simone, Aly, Laurie, Gabby and Madison! YOU DID IT GIRLS!! #FinalFive — Taylor Swift (@taylorswift13) August 10, 2016

Raisman grabbed onto the moment and responded, telling her how much she loves the song "22" since Raisman is currently 22.

This interaction prompted an important question:

Raisman actually has met Swift before. They hung out at the 2012 VMAs along with the rest of that year's team.

So Raisman's got the history. She's also got the style, and that's how she wants to officially win Swift over, People reports.

Raisman told People she would take Swift shopping on Newbury Street in Boston, where Raisman would probably splurge on "ankle booties and tote bags."

Raisman has a pretty decent shot of making it into Swift's squad, at least for an appearance or two.

Honestly, though, Raisman shouldn't be clamoring to hang out with Swift. There are lots of women with Swift's talent. There are maybe a half dozen with Raisman's talent.

Swift should be begging to be in Raisman's squad.