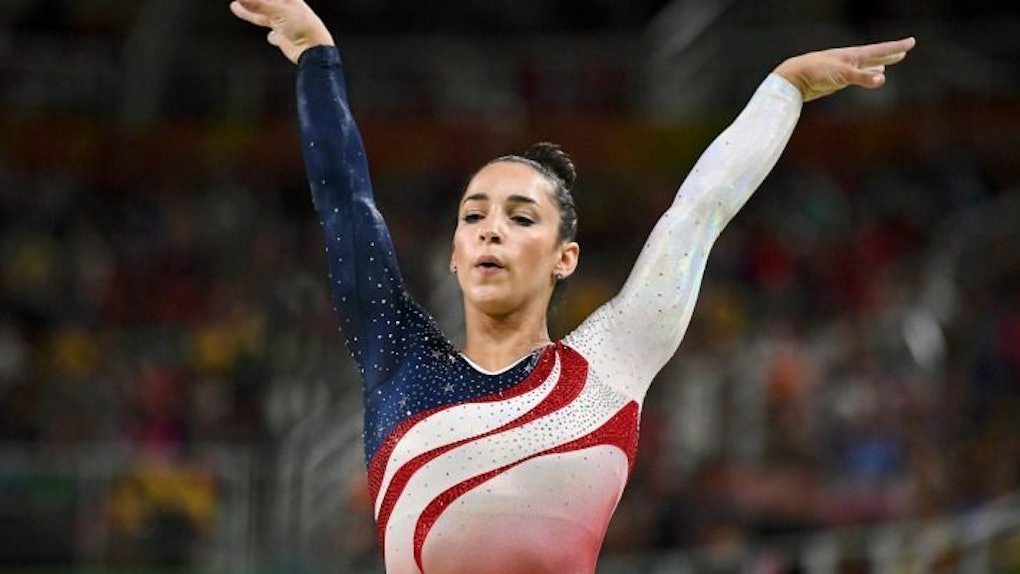 Gymanst Aly Raisman Is Going Out With Colton Underwood

Gymnast Simone Biles may have received the most attention at the 2016 Summer Olympics in Rio, but US teammate Aly Raisman is making headlines today after agreeing to go on a date with Oakland Raiders tight end Colton Underwood.

Underwood, a 24-year-old member of the Raiders' practice squad, went on Yahoo Sports to deliver a special congratulatory video message to the 22-year-old Raisman, and he wasted no time in asking her on a double date with teammate Andrew East and Olympic gold medalist Shawn Johnson.

Johnson and East got married earlier this year, and based on the above video, it looks like they've been trying to play matchmaker for Raisman and Underwood for quite some time.

They've actually told me about him before. He's very cute. Yeah, I would go on a date with him.

Bang, bang, playa! You in there!

It looks like Aly Raisman and Colton Underwood wasted no time in keeping the conversation going on Twitter.

Raisman will reportedly be in San Jose on September 18, so keep an eye out for photos of her and Underwood on a romantic date.