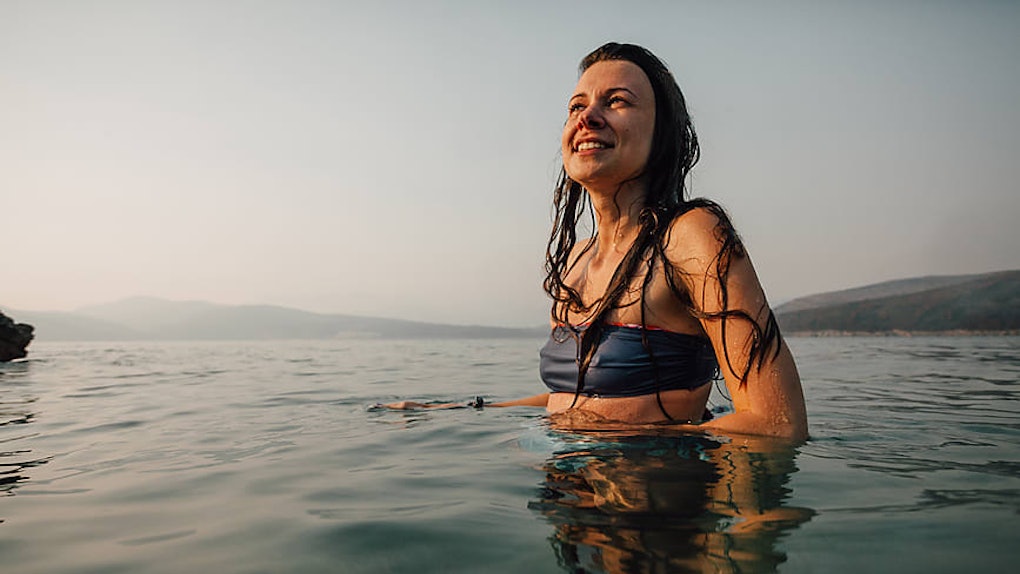 Your June 4, 2018 Weekly Horoscope Is Full Of Confusion, But It All Leads To Growth

If you're still reeling from the effects of the full moon in Sagittarius we experienced last week, you're not alone. It was a strangely powerful one, and if it allowed you to come to any sobering realizations about your life, it was ultimately a good thing. This week, the energy rushing through the air is allowing you to further build toward something better, because growth can't happen without a dose of weirdness and confusion. However, your June 4, 2018, weekly horoscope is simply one section of a much grander journey.

Gemini season is very much underway, and it's making everyone feel like socializing, connecting, and exchanging ideas. It's also allowing us all to experiment with different personas, and to embrace various sides of ourselves. With the sun conjunct Mercury this week, you'll feel an increase in that communicative energy, and honesty could slip out in mysterious ways.

Venus opposite Pluto is likely to pour lots of intensity and passion into your relationships, but also strife and conflict. When Mercury squares Neptune, you could experience a disconnect between what is the truth and what is reality. All of this is held together by a last quarter moon in Pisces, making everything appear as though both tainted and enchanted by an emotional fog.

While you may have trouble knowing which instincts to trust, you are ultimately learning a deeper truth that has yet to reveal itself.

The sun and Mercury are both in your third house of communication. The conjunction between these two planets could instill a need to get a lot off of your chest, perhaps a little too much. With Mercury also forming a square with Neptune, you may not be able to tell what's right from what's wrong. Beware of irrational thinking.

You're very concerned with obtaining materialistic forms of happiness, with surrounding yourself in comfort and security. You might spend too much on such desires with the sun conjunct Mercury in your second house of finance. Take care not to get too carried away with these fanciful whims as Neptune and Mercury form a bewildering square.

You might not be seeing yourself clearly this week. With both the sun and Mercury powerfully infusing your character in the first house of the self, you're rethinking who you are. With a Pisces last quarter moon in your 10th house of social status, there could be a cloud of confusion hovering over the way you think others see you. Remember that not everything you believe is the truth.

Both the sun and Mercury are forming a conjunction in your 12th house. This house is concerned with spirituality, the subconscious, but also, self-undoing. Your imagination may run wild with beauty, but it could also cause you to see things as even worse than they really are. With a Pisces last quarter moon in your ninth house of learning, take the information you absorb with a grain of salt.

The sun and Mercury form a conjunction in your 11th house of friends, causing you to fully dedicate yourself to your community at large, but possibly sacrifice something personal in order to do it. With Venus and Pluto forming a square, you could delve too deep into other people's darkness, allowing it to rub off on you. Make sure you consider your own needs first.

Your 10th house of career is fully engaged by the conjunction between the sun and Mercury. You're working hard to make your dreams come true, to make more money, to elevate yourself. With Venus and Pluto forming a square, dedication to your career could cause conflict in your relationships and personal life. Make sure you're balancing the facets of your life.

With the sun conjunct Mercury in your ninth house of expansion and adventure, you're on a journey towards growth. This could cause you to embark on something vast and important, however, you may be left feeling even more confused than you were before. The last quarter moon in Pisces could make it difficult to focus, so trust that eventually, everything will be made clear again.

You're in the midst of some deep, intrinsic transformation with the sun conjunct Mercury in your eighth house of rebirth. It may feel like you're enduring some serious growing pains, and despite how proud you feel, you might doubt the point of it all. With the last quarter moon in Pisces occurring in your fifth house of pleasure, the fun will soothe your confusions.

Your relationships are being both empowered and tested by the sun conjunct Mercury in your seventh house of partnerships. With Venus and Pluto forming a square, you could undergo tension and strife that reveals something major in your connection to someone close to your heart. The last quarter moon in Pisces will fog up the truth, so allow facts to speak for themselves.

With the sun conjunct Mercury in your sixth house of health and work, you're in the process of prioritizing and detoxifying. As Mercury forms a square with Neptune, you may find it difficult to get things done while your head is drifting into the clouds. It may not be the worst idea to leave the left-brained work for later and focus on more spiritual and creative pursuits.

Your fifth house of fun and pleasure is receiving energy from the sun conjunct Mercury. Your perspective is set on having a good time, on lifting your spirits, but it might be difficult to fully enjoy yourself with Mercury also forming a square with Neptune. This could cause you to undo your happiness with stressful thoughts or hypothetical scenarios.

The sun conjunct Mercury is infusing your fourth house of family and the home. You're connecting with your core values and spending time with those who matter most. You could have difficulty reconciling what's fact and what's fiction with Mercury also squaring Neptune, so leave off difficult conversations for later. The last quarter moon in Pisces will likely take you deep into your subconscious. Let it inform you of the truth, but don't trust it until your head has cleared.