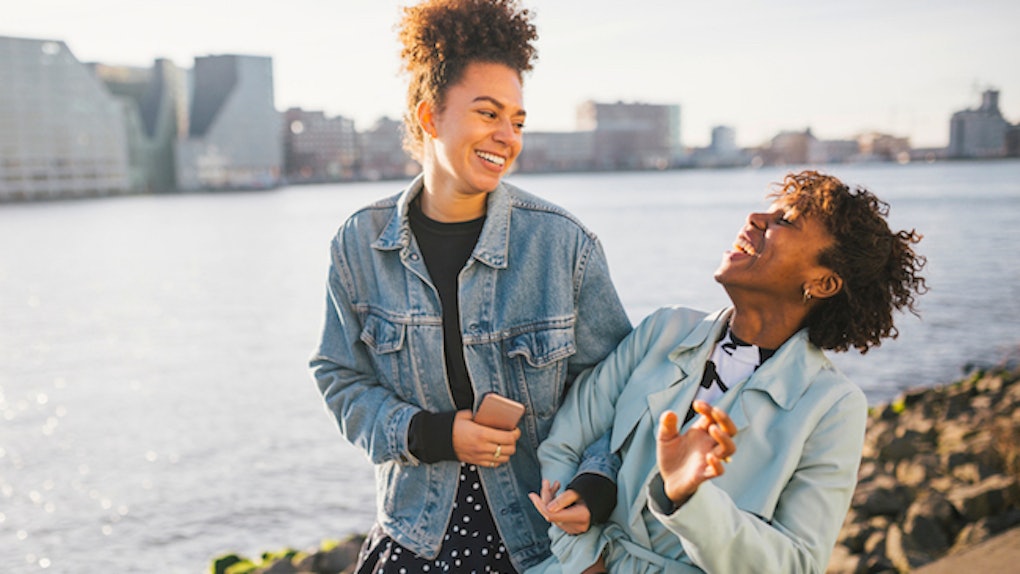 Not all astrologers factor this asteroid into a reading, which can show exactly what makes someone lose their mind with sexual desire. Eros shows you the sign you are most often attracted to, even if your sun sign isn't that compatible with the person. So if you're a freedom-loving Aquarius who always find themselves stuck in a relationship with needy-ass Cancers, it might just be because you can't help but find yourselves addicted to the sex.

To look up your Eros sign, check for your birthdate by scrolling down to the "Eros" header on this table.

Once you've found out where your Eros is, here is a description of what Eros in your sign means.

Eros in Aries makes a person addicted to the chase. Your passions are overwhelming, spontaneous, and you develop your attractions without even thinking about it. You aren't particularly emotional with your sexuality, but you are passionate. You're attracted to people who feed your addiction to excitement.

You have a strong desire to possess your sexual partners, and while you may not show jealousy, its force is strong in you. You may be addicted to monogamy, as having a steady partner is good for your need to own your partner. You are primal in your affection and may be turned on by even the smell of your lovers sweat.

Foreplay is a major thing for you, in the sense that you need someone who knows their way around your genitalia in multiple ways.

Sex and love are one in the same for you, and you might at times confuse one for the other. Just because you f*ck someone doesn't mean you're in love with them, not that my telling you this would make a difference. Eros in Cancer people use sex as a way to care for and nurture their partners, and expect the same from them. They are extremely intuitive lovers, and are attracted to people who have a caregiving vibe.

Eros in Leo people sweat being sweated. In other words, they get off on people who worship them, shower them with compliments, and follow them around like loyal subjects. They want passion above all, and if the passion in their relationships start to die, they will feel suffocated and leave without so much as an explanation. They love drama in relationships, too, and may carry on flirtations/emotional affairs outside of their primary partners.

You have a very health centered view toward sex, and you might seek out partners that you feel are "good for you" on a physical, mental, spiritual, or financial level.

You are attracted to the renewal that sex brings you. You need sex to get you out of your head, although your approach to sex is studious, meaning you want someone who has done their research, the same way you have.

You are most highly attracted to someone you look good with socially, someone you can show off on your arm, and someone who wants to show you off as well.

You can become totally addicted to the romantic beginnings of a relationship, and when you have finally settled down, you may fall into the trap of focusing so much on your partner that you let your life fall to second priority, overdoing it when it comes to your need for sexual equality.

With Eros in Scorpio, you may be attracted to lovers who have an air of mystery around them, partners who are dark and brooding, or who seem to have a depth to them that no one can touch.

You have a desire to completely merge with your partners, and sex for you is a deeply transformative experience. Jealousy and power plays are a major turn on for you, as are hidden affairs. Your attraction is felt on a primal and spiritual level.

Eros in Sagittarius believes that sexuality is an athletic sport. You are most likely attracted to people who exude a ton of upbeat physical energy and an optimistic outlook on life. You want sex to be, above all, a great time. You want plenty of laughs, plenty of fun, and plenty of freedom.

If sex was a competitive sport, you would enlist yourself and your partner in a Division One F*cking Competition today.

Eros in Capricorn fall easily for people who give off an air of corporate power. To be perfectly blunt, you are attracted to money, and to the lifestyle it provides. You're attracted to people who work hard for their money, but those who are born into it turn you on, too. You're likely to choose someone who can help you get above in life.

Eros in Aquarius people are attracted to those who pique their curiosity. You want someone who is offbeat or odd in some way, someone who thinks outside the box both in their everyday life and in bed. For you, sex is an exploration, a puzzle you want to figure out.

You might be more mental than emotional in bed, but your love is true in that you allow your partner the freedom to be their whole self.

Eros in Pisces are attracted to love itself, and may choose partners who are somehow unavailable because they love longing for their partners even more than they love the person. They treat sex as a spiritual act, and love for them is an act of self-sacrifice.

They run the risk of falling for people who need them, as they have a deep desire to feel needed, which may or may not show up as a real martyr complex.

More like this
Your Mars Sign Meaning Reveals A Lot About Your Sexual Needs, So Take Notes
By Roya Backlund
20 Gift Ideas For Taurus Partners That Are Thoughtful & Bull Of Love
By Kelly Pau
TXT's Zodiac Signs Prove That Opposites Really Do Attract
By Chelsea Jackson
Stay up to date